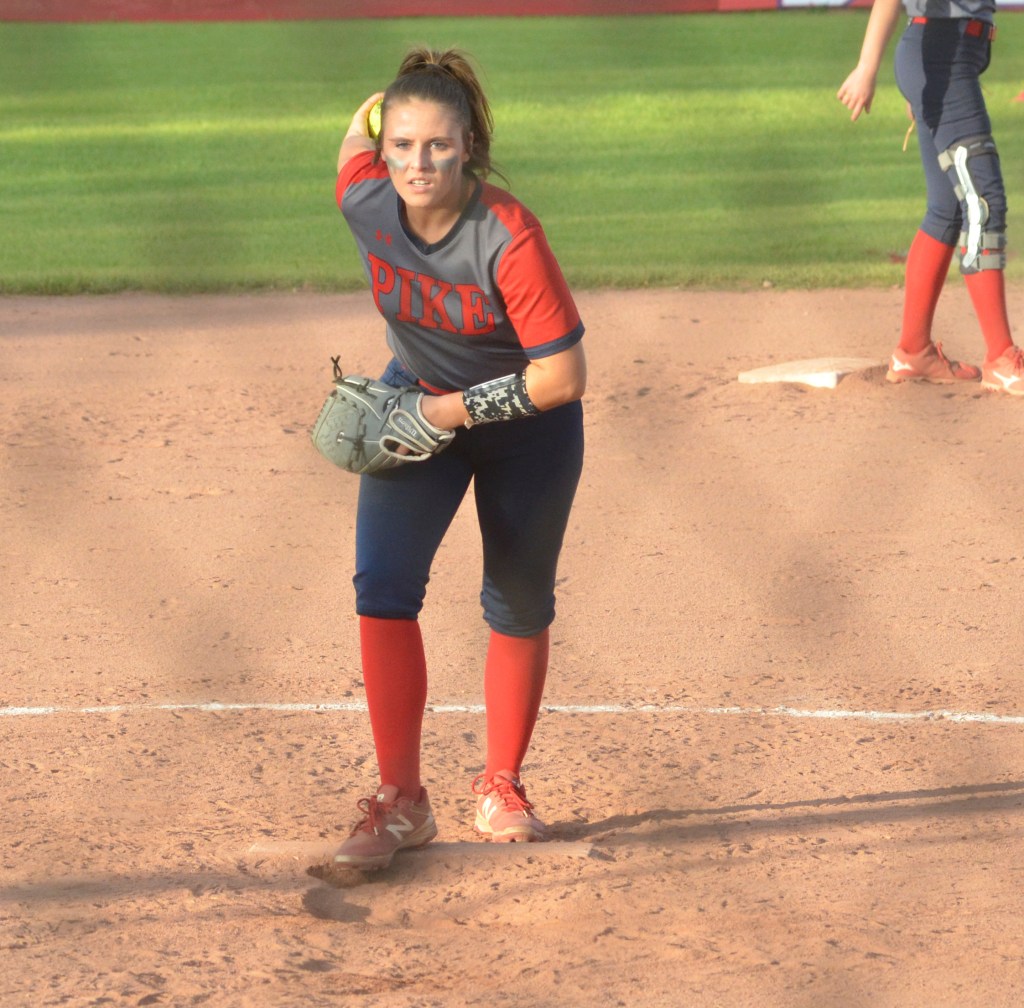 PLAS senior Dannah Dawson gets ready to deliver a pitch for the Patriots on senior night earlier this season.

The Pike Liberal Arts Lady Patriots hope to send head coach Robert Rollan off on a high note when they begin play in the AISA State Tournament on Friday afternoon.

The Patriots will start the double-elimination tournament at noon when they take on Fort Dale at Lagoon Park.

The Patriots secured a No. 2 seed in the tournament after finishing second in a tournament at Lagoon Park last week.

“For eight girls, this is their last strip,” Rollan said. “We made this trip almost every year I have been here. They told me when I first came here that they wanted to compete and win a championship. This is their last chance to try and reach that goal.”

The Patriots have never finished higher than third place under Rollan at the State Tournament. After not having being able to finish last season, the Patriots are entering this year’s tournament with unfinished business.

“Las year COVID hit and we didn’t get past the third tournament of the year,” Rollan said. “I think it hit home for them that softball can be taken away from them. There is more of a business like attitude. There is more attention to detail. They are seniors, so this is their last chance to play.”

The Patriots enter the tournament having already won two tournaments this season. They won the Jonah McWaters Tournament and then won a tournament hosted by Macon-East.

“We have been successful in tournaments,” Rollan said. “That’s kind of been the difference. In the past we have never won a tournament. They have won tournaments this year, which is something they have never done before. There is no question about if or can they win a tournament.”

Ally Rushing and Dannah Dawson have led the Patriot pitching staff all season long. Rolland hopes their success continues and the lineup continues to get on base.