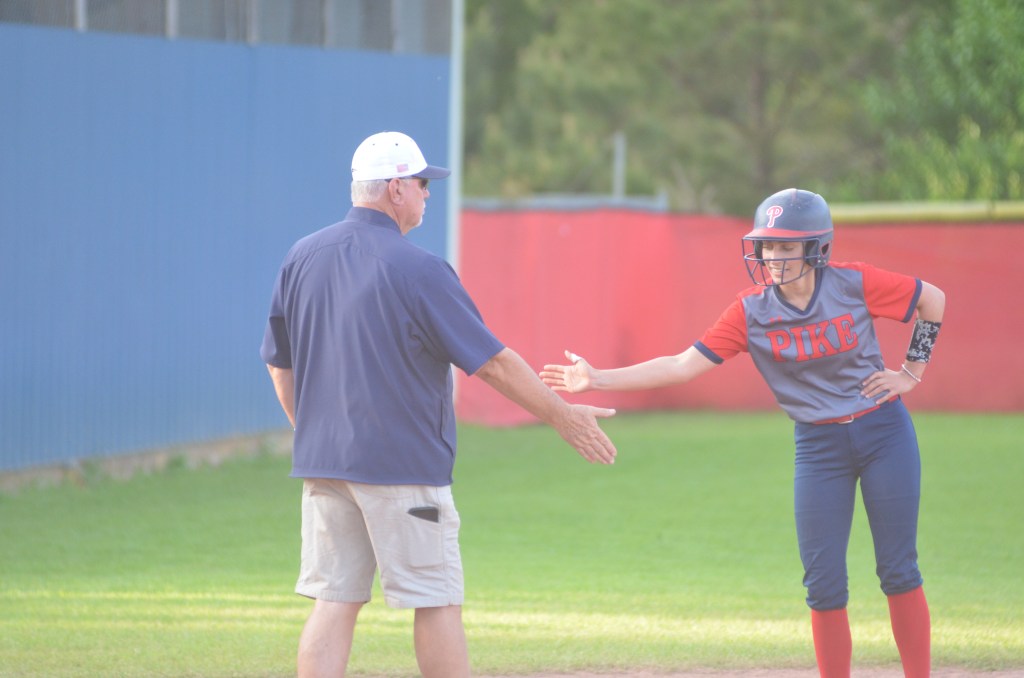 The Pike Liberal Arts Lady Patriots begin postseason play on Thursday when they play in a seeding tournament at Lagoon Park in Montgomery.

The Patriots enter the postseason with a 31-10 record. It’s the first time under head coach Robert Rollan that the Patriots have eclipsed the 30-win mark.

The Patriots will begin play on Thursday starting at 1 p.m. against Lee Scott.

“They are ready to play,” Rollan said. “It has been a long season. It’s been a really successful and fun season. We’ve had some good games that have showed us what we can do. We are finally at the point to where we are ready to get into the postseason. We are ready to get at it.”

The Patriots will play two games in the tournament. A win over Lee Scott in game one will advance the Patriots to the next round where they will play in a game to determine the first and second seed in Region 1. A loss would mean the Patriots would play for the three or a four seed.

The Patriots will rely on two familiar pitchers who have had plenty of postseason experience in Dannah Dawson and Ally Rushing. Among their many qualities one thing Rollan has noticed this season has been their consistency.

“The have been consistent,” Rollan said. “Ally is the same girl she has always been, she is just older and a couple miles faster and she has added one or two pitches.  We are sitting with an ERA of about 2.423. Our control is better, our spin is better, our strikeouts to walks are better. When you look back to them being sixth and seventh graders, every year there has been a little bit of improvement. Now they are the juniors and seniors pitching to the girls that are seventh, eighth and ninth graders.”

Morgan Bundy, Amity White, Mikalah Griffin and the rest of the Patriot lineup has produced all season long.

“Hitting is about staying hot,” Rollan said. “We try to take as many cuts as we can during the week and during our off time. We are trying to get as disciplined at the plate as we can so when we get up there we are not fishing for hits. With Morgan, when I first got her, it was pure athletic ability hitting the ball. Now, she reads pitches and pitchers and hits according to situations. Our whole lineup is that way.”

The Patriots are no strangers to postseason play. This time around, Rollan believes the team is playing with plenty of confidence.

“Everybody knows what their role is,” Rollan said. “They know they can count on each other to do their role and do their job. They have a lot of confidence in who they are and they have been playing together for a long time.”