CHHS soccer program on the rise 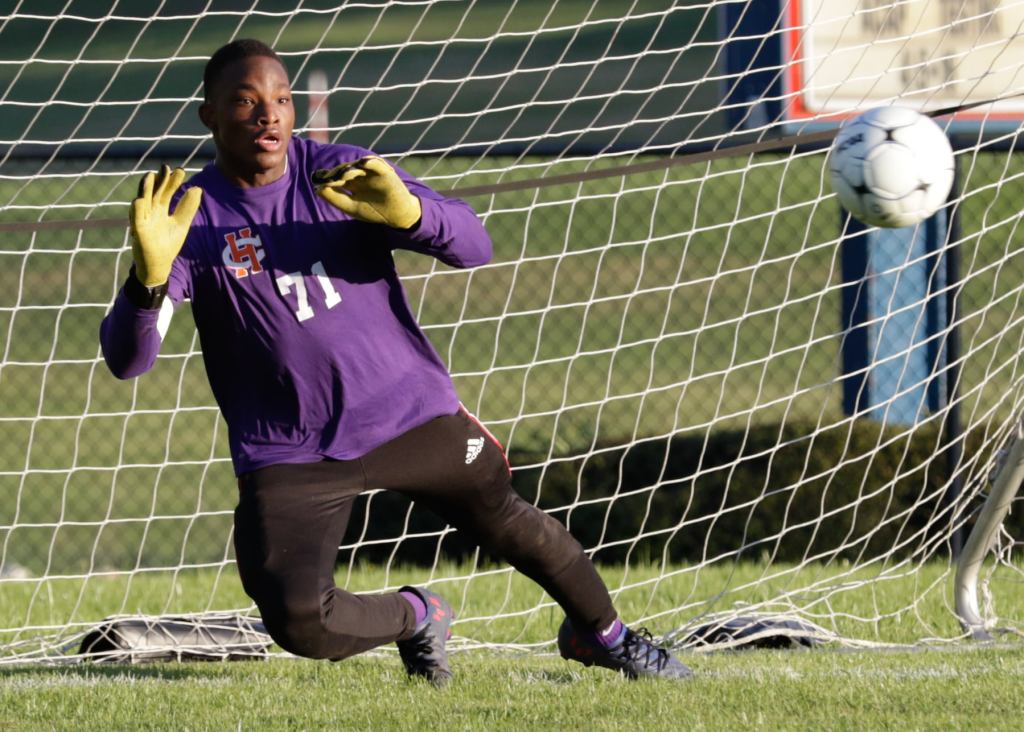 The Trojans entered the season with a lot of uncertainties, thanks in large part to having to say goodbye to multiple players due to transferring.

The Trojans finished with a winning record at 7-6 despite the heavy turnover. Four-year head coach Roderick Vasquez was plenty pleased with the performance of his team.

“We had a lot of success,” Vasquez said. “We had a lot of players that transferred, players that played football and soccer. A lot of new players came in. We struggled against Providence and lost 9-0. They came back in even more focused. We worked on technical skills and the game started turning around and they started understanding the system of play.”

The Trojans were 4-1 in area play and had a 4-2 record overall heading into spring break. The Trojans were forced to shuffle their lineup around and finished the rest of the season 3-4.

“We had players with good qualities and they all fit in the system pretty well,” Vasquez said. “As soon as you take one person out and you start moving people around, it’s like dominoes, things start falling apart.”

Despite the roster shakeup, Vasquez believes the team adjusted quite well to the circumstances. Unfortunately for the Trojans they also faced their share of bad luck this season.

“Our soccer luck didn’t hold up,” Vasquez said. “We scored a lot of goals on ourselves. We lost to Carroll High School, 5-1. We scored three own goals and gave them a penalty kick in the first 30 minutes. Players that are midfielders and forwards, got stuck playing defense. If you’re not used to playing defense, when you clear a ball, sometimes you clear the ball in the wrong direction. It was inexperience and it’s part of it.”

Despite the own goals and early deficits throughout the season, the Trojans never gave up in a match. Something that Vasquez and others noticed.

“A lot of the times we had the first goal scored against us,” Vasquez said. “We always came back. They never really gave up. We came back in so many games. There were games when we won 8-1, 9-1 or 10-1 and we got scored on first. They never gave up.”

The love for soccer continues to grow at Charles Henderson. Vasquez has hear that many of his players not only want to come back next season, but they want to continue to play the game in the offseason.

“I consider it a success that I have nine guys on my soccer team who want to go play travel soccer,” Vasquez said. “They don’t want to have that dip between the high school soccer season. This team worked so well together and they were so pleased with how they are developing that they all want to continuing playing soccer to make the team better next year.”

The Trojans will lose just three players to graduation this season. The demand to play soccer at Charles Henderson continues to rise. If things go as planned, Vasquez may have enough players to field a junior varsity team in the future.

“To me, that is the first major step in developing a program at the next level,” Vasquez said. “We will have the numbers. Our quality will not go down, if anything it will go up. If the players play travel ball, their quality will improve just from touching the ball all year.”

People from outside of the school are beginning to take notice on the growth of the soccer program at Charles Henderson.

Dance the night away