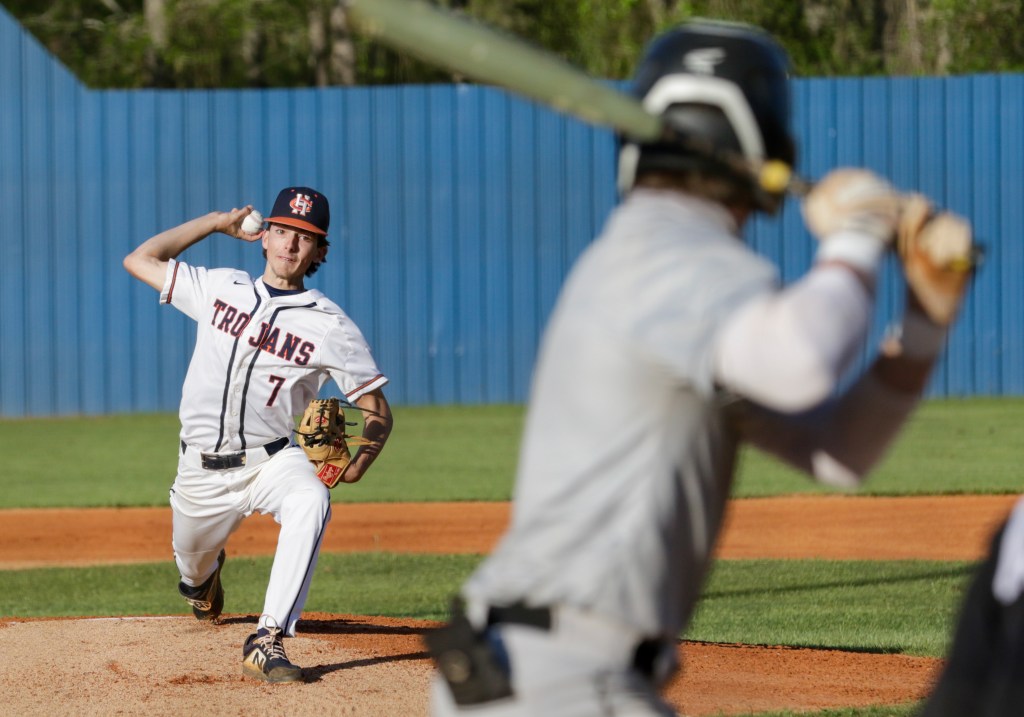 The Charles Henderson Trojans baseball team begins the 2021 postseason with a trip to Mobile to take on  No. 4 UMS-Wright on Friday afternoon.

The Trojans and the Bulldogs will begin a best two-out-of-three series in the opening round of the state playoffs on Friday. Game one will begin at 4 p.m. with game two following shortly after its conclusion.

“I feel like I’m playing again,” head coach Chase Smartt said. “It’s going to be a great experience. UMS will be good competition. So, it should be a good competitive game. These kids have worked hard to get themselves ready.”

The Trojans finished the 2021 regular season with an 11-17 record. They finished in second place in Area 4, behind first place Andalusia.

“This team has great chemistry,” Smartt said. “No matter what their record is, this team has worked really hard and they have believed in each other all year.”

“He’s a potential first rounder,” Smartt said. “The way I see it is, embrace the opportunity to play this kid. You may see him on a MLB screen in five to eight years. Embrace it and have fun and try to beat this guy.”

The Trojans have made it a habit of advancing to the postseason in recent years. Even though they didn’t win the area championship, they were plenty pleased with making the playoffs yet again as an area runner-up.

“It’s important to make the playoffs,” Smartt said. “That’s the goal as a coach and as a player. When we made the playoffs we relaxed and said alright lets continue to play the game of baseball. As a coach, you always want to win the area, but Andalusia played a lot better than we did. That is part of baseball.”

The winner of Charles Henderson and UMS-Wright will advance to take on the winner of Pike Road and Demopolis next Friday.