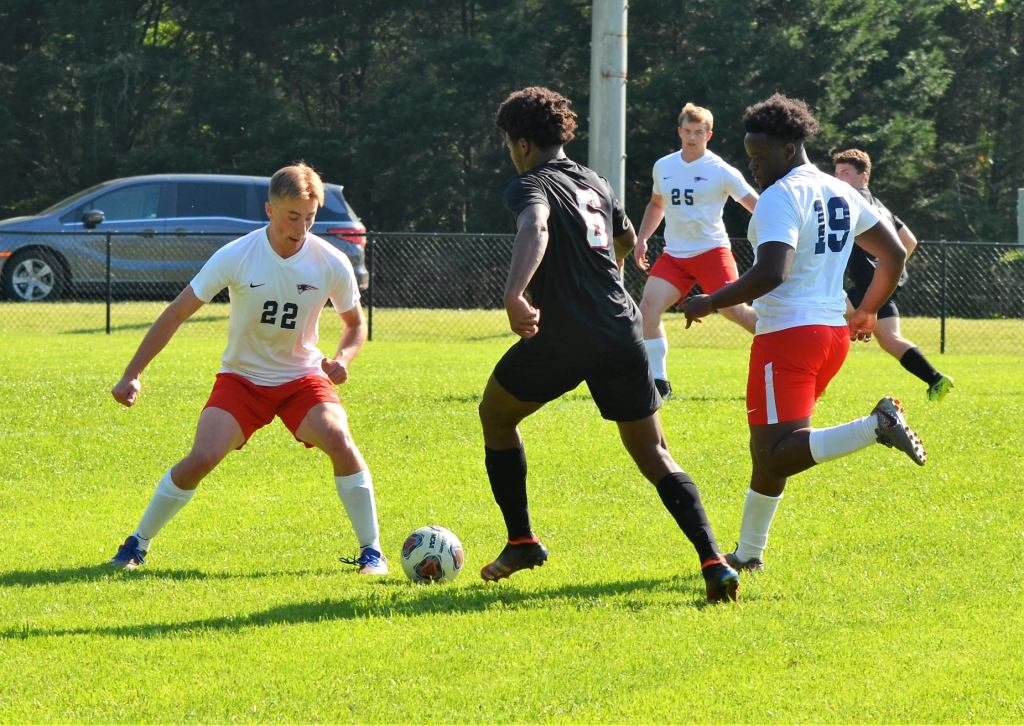 The Pike Liberal Arts Patriots recently put the finishing touches on their first soccer season in many years. Although they didn’t finish where they would have liked in the standings, their first season was a success.

Athletic Director Mario White wanted to offer the students at Pike Liberal Arts another athletic option this spring. With soccer continuing to grow in popularity, White thought it was a perfect time to bring the sport back to PLAS.

“Soccer is a worldwide sport. Everywhere you look it’s getting bigger and bigger,” White said. “Our school is growing. Soccer is one of the main sports at the rec ball fields, so why not have a soccer program?”

The Patriots named Stanford Roarke as head coach this season. The Patriots finished 0-8 on the season, but Roarke believes his team was successful.

“It depends on which perspective you use,” Roarke said. “From one angle we are 0-8. We had a chance to make the playoffs by winning our last game. We lost unfortunately. On one side I’m disappointed just because I knew we had it, but at the same time it’s our first season. We are laying the groundwork for a strong program.”

The Patriots had approximately 14 players on this team’s roster. Other teams in the league had more than 20. The Patriots were shorthanded in numbers and only four to five players on the team had ever played soccer before.

“It was good for those guys to step up,” Roarke said. “They were great players and great leaders. Others, even without playing (experience), stepped up and made sure they came out to practice and learn to play soccer well.”

Roarke believes that most of the players enjoyed their time this season.

“I think some of them really enjoyed it,” Roarke said. “Unfortunately, some of them that did enjoy it are seniors and they won’t be able to play again. I’m happy they stuck with it all season. They could have quit at any time.”

Like his players, Roarke enjoyed his time coaching the Patriots and hopes he will be back next year.

“They (players) are asking me if I’m going to coach next year.” Roarke said. “I told them I have no idea what the future is for me as a coach. Ultimately it’s up to the athletic directors and if they want me to continue coaching. It would be good to coach again.”

Even though they finished 0-8 on the season, the Patriots can always remember they laid the groundwork for future Patriot teams.

“They were the first (in many years) and no one can take that away from them,” Roarke said. “Since they are the first, if there will be a championship team, these are the guys that started it. Because we have this team, a championship can happen in the future.”

Even though the team finished 0-8 this season, the ultimate goal was to prove the team had potential and that they could compete against the best. Roarke believes the team accomplished those goals.

“When I went in to coaching I knew even if we finished 0-8, the most important thing is we show potential and longevity,” Roarke said. “It was looking bleak at one point. Two of our last three games were against, in my opinion, the best team in the state. I told my players that even if we don’t win we have to show them that we are a team that competes against the best. We ended up having our two best games.”