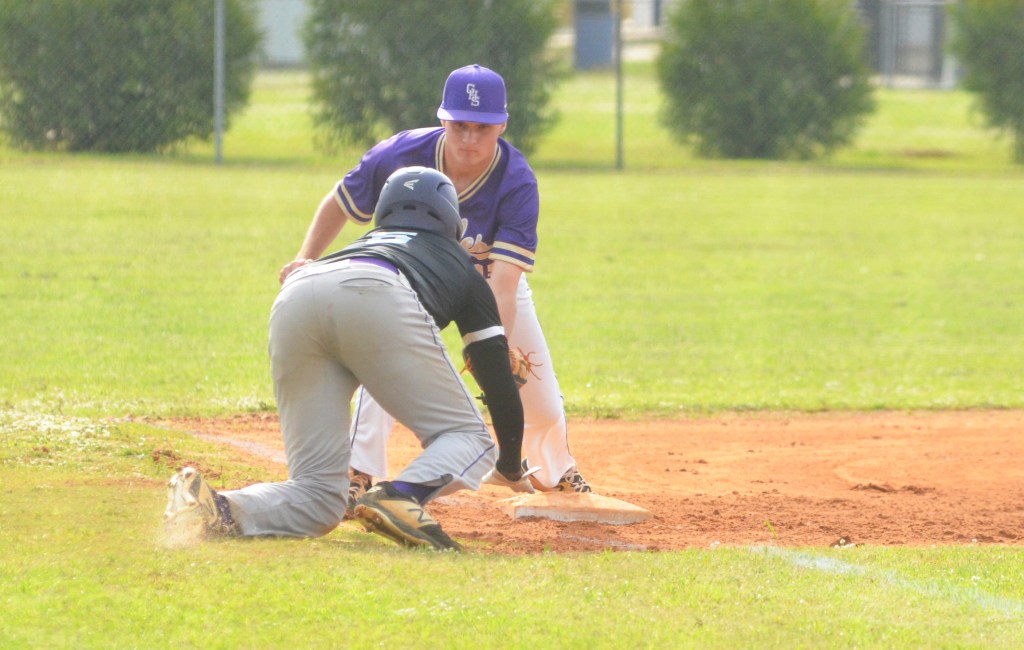 ­­The Goshen Eagles took on area foe Pike County in a pair of games on Friday night in Goshen.

The Eagles had a five-run second inning in their 11-1 win over the Bulldogs in game one.

The Eagles scored in four of the six innings in game one.

The Eagles scored two runs in the first inning. Nicholas Walters drove in both runs on a single to center.

The Bulldogs cut their deficit in half with a run in the second inning. Ja’Carian Toney drove in Paxton Flowers with a single to center, bringing the score to 2-1.

In Goshen’s five- run second, the Eagles had four hits including a RBI triple by Jeff Warrick. The Eagles also had four walks in the inning.

After scoring a run in the fourth to go up 8-1, the Eagles pushed their lead to nine with two runs in the fifth. Andrew Galloway drove in Peyton Stamey with a single to center and later came around to score on a passed ball.

The Eagles ended the game one inning later when Walters scored Goshen’s 11th run on a passed ball.

Galloway earned the win for the Eagles, pitching 5.2 innings and allowing one run and three hits. Warrick pitched the final out for the Eagles.

Galloway finished 3-3 at the plate with a RBI and two runs scored. Jakelmon Glasco, Paxton Flowers and Toney each had one hit for the Bulldogs.

Hunter Nobles got the start in game two for the Eagles, while the Bulldogs sent starting pitcher Ryan Brown to the mound. Brown pitched the first inning before giving way to Omari Barrow.

Nobles finished 2-4 at the plate for the Eagles in game two with a run scored. Tyler McLendon, Warrick, Walters and Saupe each had one hit for the Eagles.

Vintavious Siler led the Bulldogs at the plate, finishing 2-3 with one RBI and two runs scored.