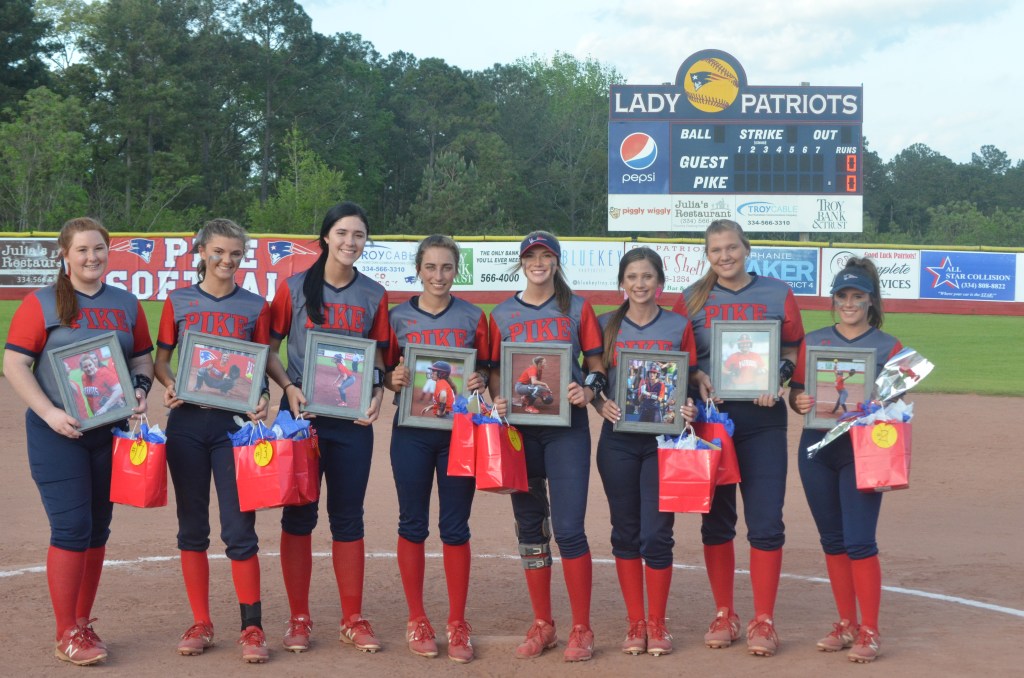 The Pike Liberal Arts Lady Patriots celebrated senior night on Thursday with an 11-1 win over the Ezekiel Knights.

The Patriots honored their eight seniors with a 10-run win in just five innings. The win for the Patriots improves their record on the season to 22-7. They have now won 10 straight games.

One senior made a difference inside the pitching circle. Dannah Dawson pitched all five innings in the win. She allowed one run and two hits. 12 of the 15 outs came by way of the strikeout. Dawson struck out the side three different times.

The Patriot offense scored runs in four innings. They took an early lead in the first when they scored the game’s first three runs. Emily Dean hit a two-run triple to center and Avery Henderson came around to score on a passed ball.

After a scoreless second inning, the Patriots added to their lead with a single run in the third on another passed ball, bringing the score to 4-0.

Ezekiel scored their only run in the fourth inning when they had two hits including a triple.

The Patriots stretched their lead to seven runs in the bottom of the fourth inning. Ally Rushing reached safely on a fielder’s choice for the inning’s first run. She later came around to score the second run on an error. The Patriots had a RBI double by Morgan Bundy and a RBI triple by Dean, her second of the game to bring the score to 8-1.