Nobles, Eagles have no trouble with McKenzie 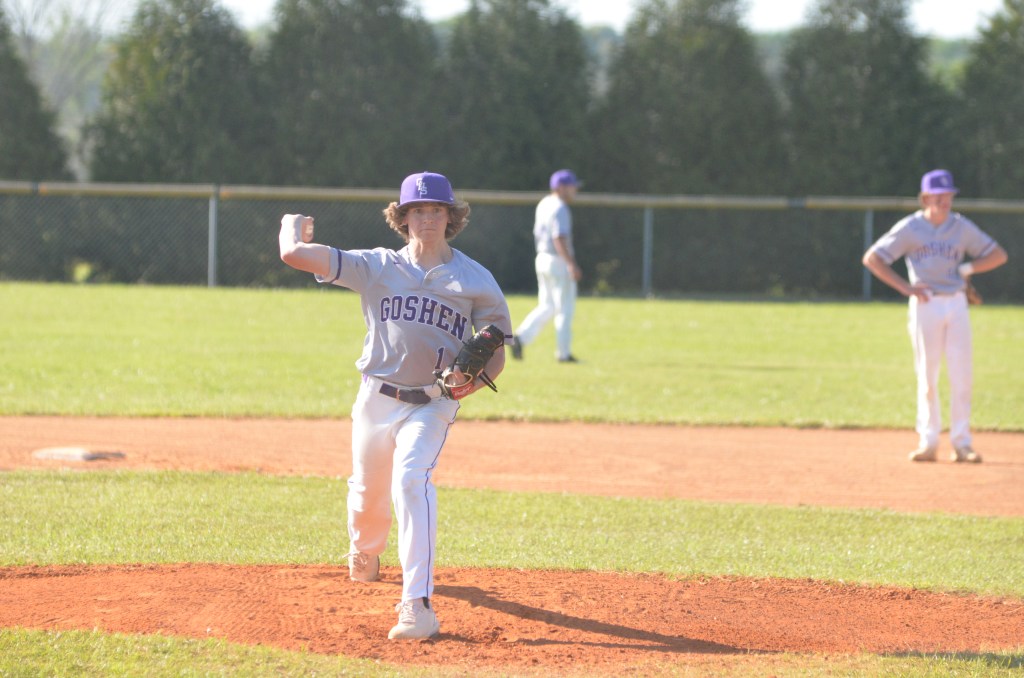 The Goshen scored in every inning in their 12-1 win over McKenzie on Monday afternoon in Goshen.

It took just five innings for the Goshen Eagles to knock off McKenzie 12-2 in game one on Monday night.

The Eagles had three multi-run innings in the win, including a pair of four-run innings to start the ball game.

McKenzie scored the game’s first run in the top of the first on an Eagle error. The Eagles got the run back and then some in their half of the first inning. Nicholas Walters brought in the first two runs with a triple to left. One batter later Walters came in to score on an RBI single by Blake Saupe. Bryce Williams drove in the final run of the inning with a single to second.

Carson Williams began the Eagles threat in the bottom of the second when he reached safely on an error. Jeff Warrick came to the plate next and drove a ball deep to left field. The left fielder couldn’t get the ball and Warrick raced around the bases for a two-run inside the park home run to put the Eagles up 6-1. Five batters later Will Snyder singled in Goshen’s eighth run of the game, bringing the score to 8-1 after two innings.

After Walters drove in his third run of the game with a single in the third inning, the Eagles scored their final three runs of the game in the fourth.

Snyder singled in his second run of the game to bring the score to 10-1. The Eagles scored their final runs thanks to two errors by the McKenzie defense.

Hunter Nobles got the start for the Eagles. Nobles gave up just one unearned run and three hits in four innings. He walked one.

Andrew Galloway put the finishing touches on the game with a scoreless fifth inning.

Snyder finished the game 2-2 with three RBI. Walters and Warrick also had two hits and a combined four RBI.