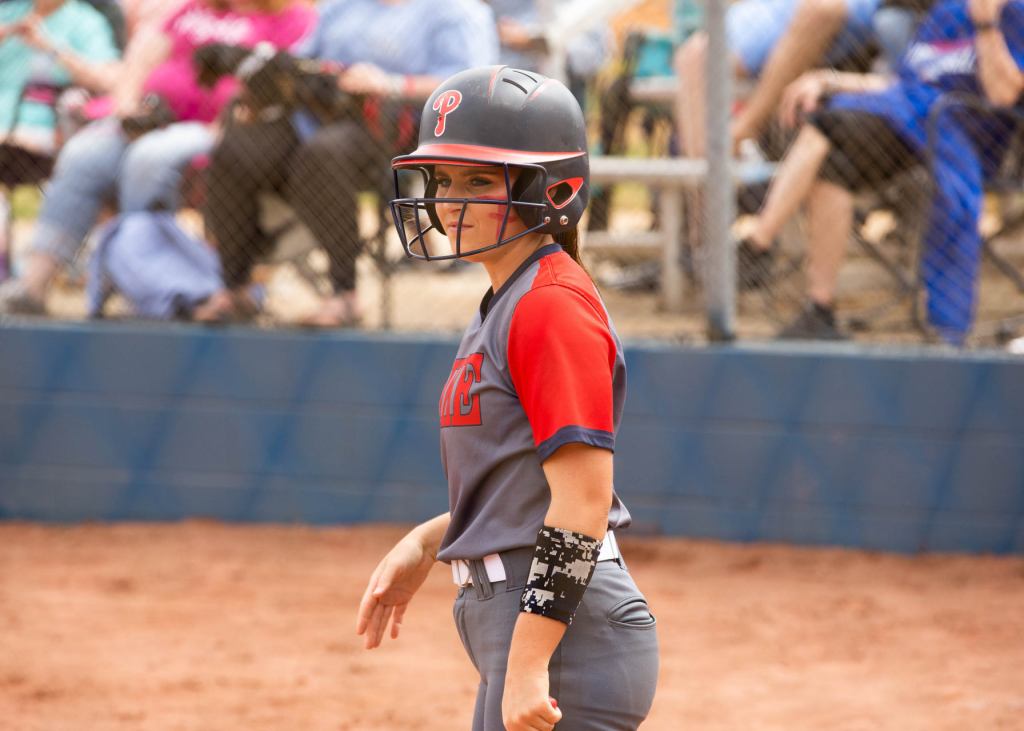 Photos /Candace Nelson Dannah Dawson (above) and the Pike Liberal Arts Patriots are ranked number one in the latest ASWA rankings.

The Patriot baseball and softball teams have a combined record of 28-10 as we inch closer to the end of the regular season.

The varsity baseball team has been on top in each of the first two polls this month. They entered spring break with a 11-4-1 record with their only losses coming against Bessemer, Heritage Christian Academy and Mosley and Pensacola Catholic. They tied their game against Escambia Academy.

The Patriots have picked up key wins against Glenwood, Lee-Scott and Bessemer this season.

“I’m very proud of our team’s success up until this point, but we understand there is still a lot of work to be done,” head coach Rush Hixon said. “Being ranked number one is important to us and carries meaning, but ultimately there is only one poll being ranked number one matters in and that’s the last poll of the season. We will continue to work and get better and try to finish out this back half of the season strong.”

After returning from spring break, the Patriots will travel to Pensacola to take on Pace on Friday. They will close out the week playing Combine Academy in a double header on Saturday.

The Lady Patriots entered spring break with two tournament championships on their resume’. After winning their own Jonah McWater’s Tournament at the beginning of the year, the Patriots entered spring break on the heels of winning a tournament hosted by Macon East that included Hooper, Clarke Prep, Glenwood, Macon East, Abbeville Christian and Edgewood. The Patriots defeated previously ranked no. 1 Clarke Prep, fifth ranked Glenwood and second-ranked Macon East twice.

The Lady Patriots are currently 17-7 on the season. They will be back in action on Monday when they travel to Dothan to take on the Wiregrass Kings. They will host Morgan Academy on Tuesday.