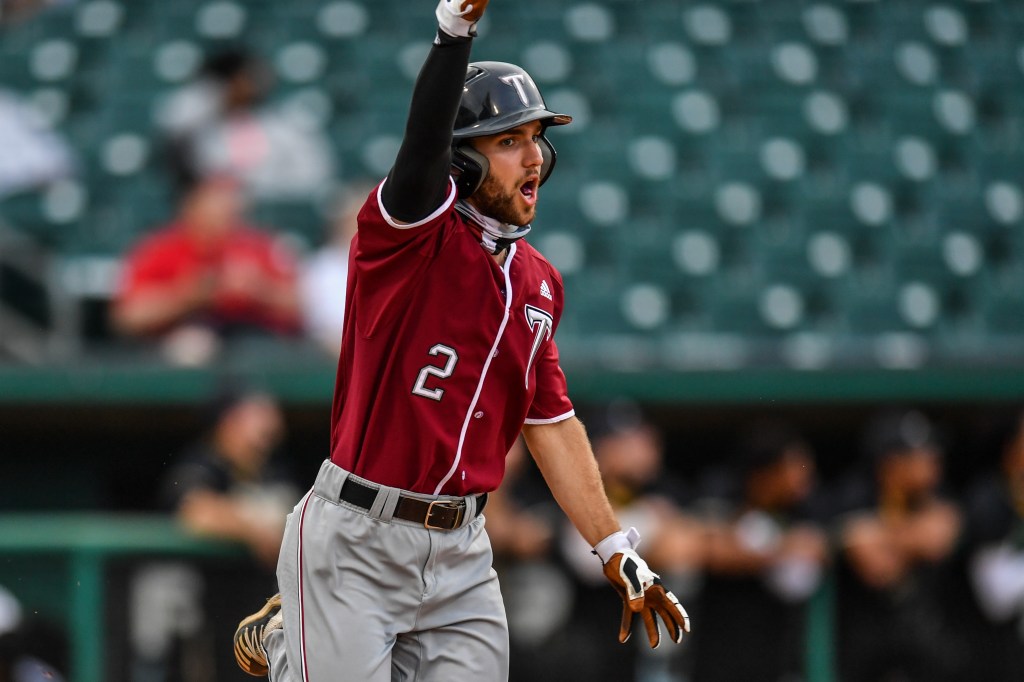 The Trojans used the long ball in their 16-3 win over Alabama State on Monday at Riverwalk stadium in Montgomery.

The Trojans picked up their third win in their last four games and improve to 11-9 on the season.

The Trojans hit four home runs against the Hornets, including two by Logan Cerny in the first two innings. Cerny now leads the Sun Belt with nine home runs. Dalton Sinquefield and Jesse Hall also had home runs in the game.

Following Cerny’s first home run in the first, Hall cleared the bases with a grand slam to give the Trojans an early 5-0 lead.

Leading 5-3 in the second, Cerny hit his second home run to left field to increase Troy’s lead to five runs at 8-3. Sinquefield closed out the inning with Troy’s fourth home run of the contest bringing the score to 10-3.

The Trojans added two runs in the third, sixth and seventh innings.

Kyle Gamble got the start for the Trojans and picked up the win after pitching two innings and allowing three unearned runs. He finished with five strikeouts.

The Trojans will return home on Friday to open a three-game series against Central Florida. First pitch is scheduled for 6 p.m.