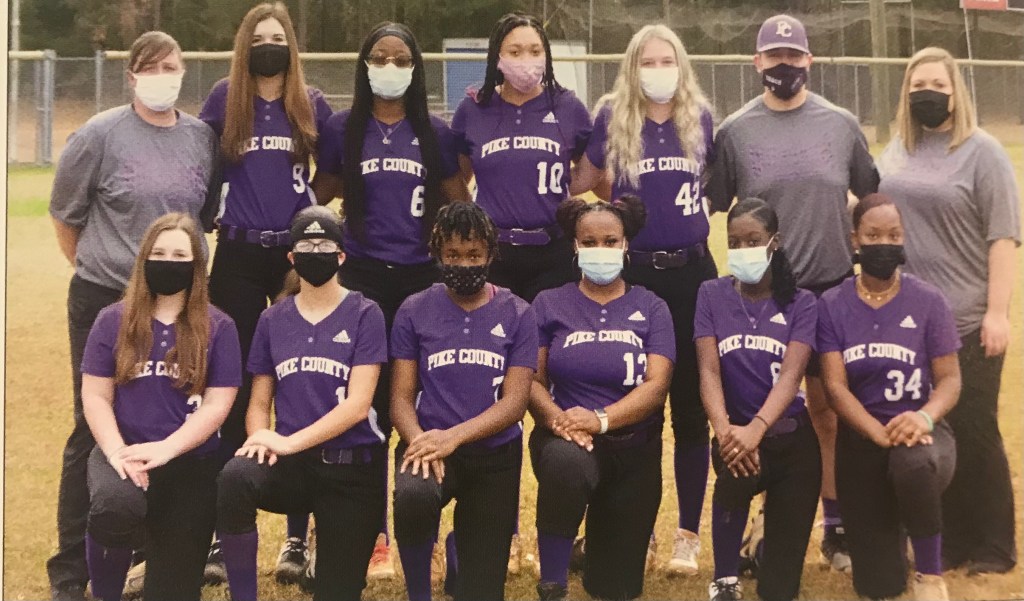 Coach Rebecca Kidd entered year three at Pike County with excitement knowing this could be the year the Lady Bulldogs begin to live up to their potential.

Through the first eight games of the season, the Lady Bulldogs are living up to their potential.

The Bulldogs are 6-2 on the season with their only losses coming against powerhouse Opp and Carroll in the season opener.

The Bulldogs entered the season with KY Wilkerson as the starting pitcher. So far during the first eight games of the season, Kidd is liking what she has seen from her pitcher and starting catcher.

“Pitching and catching works well together,” Kidd said. “Our varsity pitcher and catcher are really close. They work well together. We are striking out who we need to and our defense is playing well behind the pitcher. My catcher has thrown out five kids this year. A combination of all three of the groups together is what is making us successful.”

The offense scoring 12 to 14 runs per game so far this season has been a pleasant surprise for Kidd.

The excitement continues to grow at Pike County. That excitement has led to success on the field.

“They realize they have the potential to make it pretty far,” Kidd said. “They’re young so the thought of years to come has been exciting for the whole school. Last night (Tuesday) the girls were excited to play. We got down pretty big, but they are so excited for their season and ready to fight that we were able to come back from a 6-1 (deficit) and came back to win 14-9. That was huge for them.”

The Bulldogs are 1-1 in area play so far this season. They lost to Opp and defeated Goshen.

The Bulldogs will play four consecutive area games starting on March 30 when they host New Brockton. They will then play Goshen and then Opp before closing out area play against New Brockton on April 8.