Trojans travel to Riverwalk Stadium to take on ASU 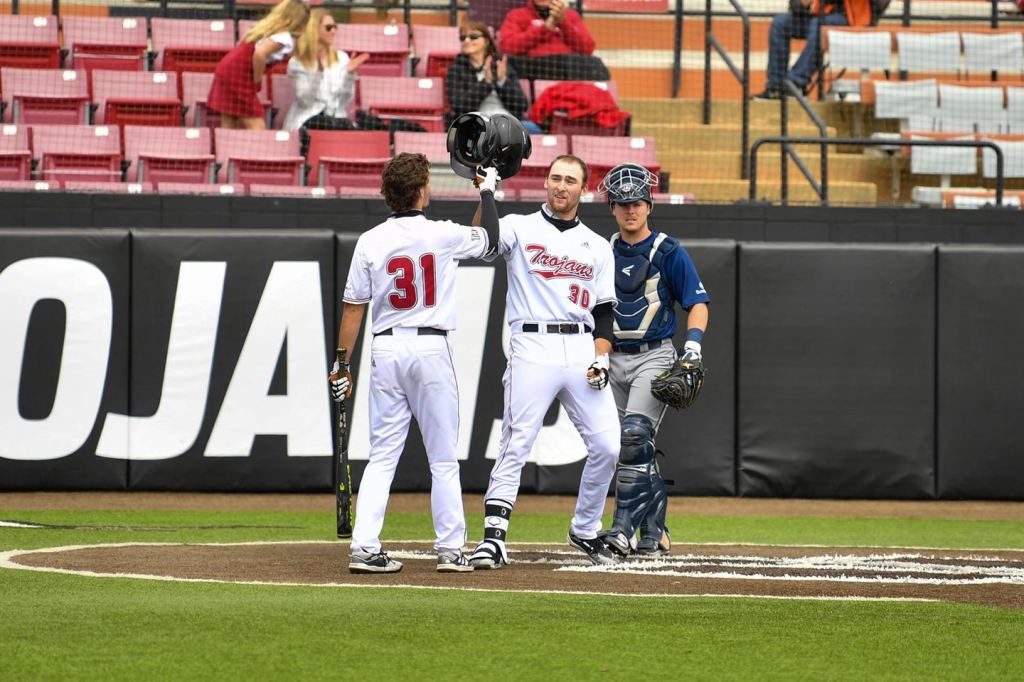 The Troy Trojans travel to Montgomery on Wednesday evening to take on Alabama State at Riverwalk Stadium.

The Trojans will take on their fourth different state rival this season when they take on the Hornets. The Trojans are 1-2 so far against their three rivals with their only win coming against UAB.

The Trojans are 10-9 overall this season and 2-1 in conference play after they won their series with Georgia Southern last weekend.

Logan Cerny is coming off a Player of the Week performance after going 7-for-11 at the plate with a double, a triple and two home runs. Cerny leads the Troy offense with seven home runs and has the second most in the Sun Belt Conference.  Cerny’s batting average sits at .344 this season, second highest on the team behind only Drew Frederic who has a .377 batting average.

The Trojans have four batters hitting over .300 in Frederic, Cerny, Nic Nolan and Rigsby Mosley.

Kyle Gamble is projected to get the start on Wednesday evening. It will be his third start of the season. Gamble is 2-2 on the season with an ERA just north of eight. In his last appearance against Georgia Southern, Gamble pitched two innings and allowed just one hit.

The Hornets come into Wednesday night’s matchup 6-10 this season. The Hornets swept Mississippi Valley State over the weekend and are on a four-game winning streak.

Troy leads the all-time series against the Hornets 27-4.

Game time is scheduled for 6 p.m.