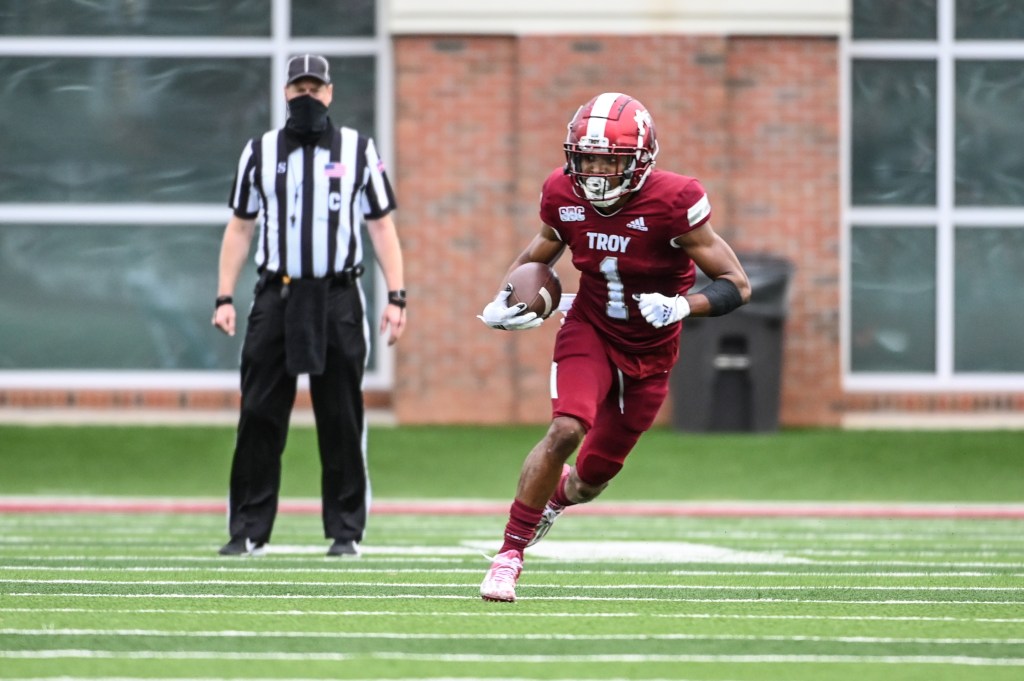 Photos /Troy Athletics Troy receiver Kayon Geiger runs after a catch during a game in 2020.

The Trojan’s annual homecoming game will take place on Saturday, November 13 against the Louisiana Ragin’ Cajuns, Troy announced on Wednesday.

The Trojans will play a total of six home games during the 2021 season. Troy’s homecoming game will be their second to last home game of the season. It will be the middle game of a three-game homestand that will also include South Alabama and Appalachian State. The rest of the home schedule will include Georgia Southern, Liberty and Southern.

The Trojans are 1-1 on homecoming during Chip Lindsey’s tenure as head coach. After falling to Georgia State in 2019, the Trojans defeated Georgia Southern in 2020.

Louisiana is coming off a 10-1 2020 season. They won the Sun Belt Conference West Division and were scheduled to play Coastal Carolina in the conference championship before it was canceled due to COVID-19.

The Trojans finished last season with a 5-6 overall record. They finished Sun Belt Conference play 3-4 and finished in fifth place in the East Division.

A kickoff time will be announced at a later date.