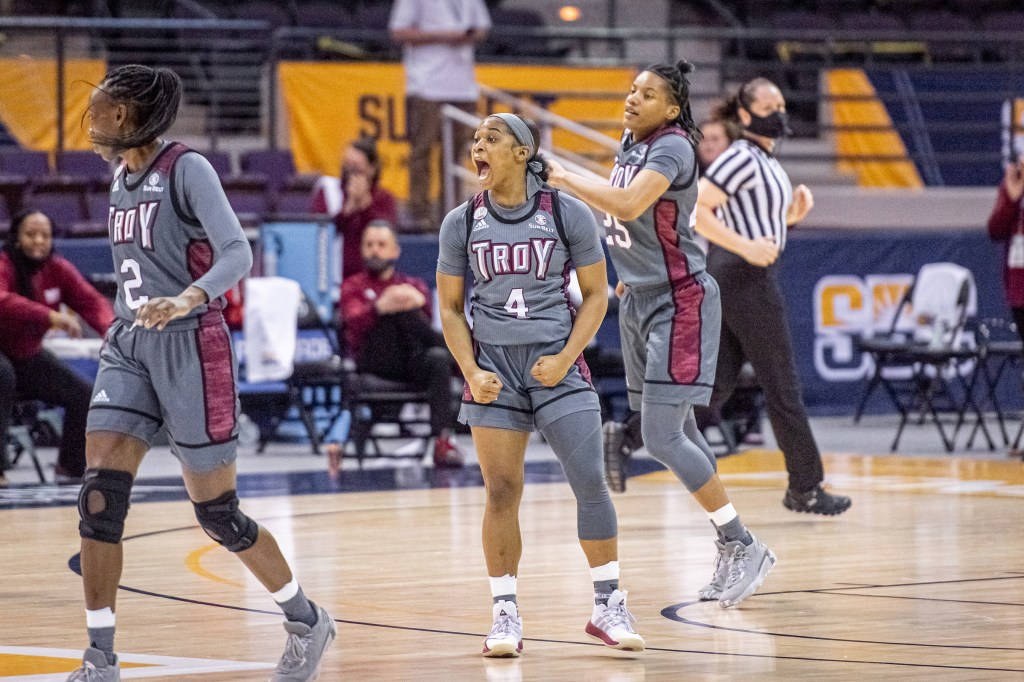 The Troy Trojans women’s basketball team is heading back to the NCAA Tournament for the first time since 2017 after knocking off Louisiana on Monday afternoon to claim the Sun Belt Conference Tournament Championship.

The Trojans never trailed and led by as many as 15 points before claiming an eight-point win, giving coach Chanda Rigby her third conference championship as head coach of the Trojans.

“I think they just keep getting sweeter,” head coach Chanda Rigby said. “Everyone is special. The thought that we get to represent this conference in the NCAA Tournament is almost too much and overwhelming.”

If not for COVID-19 shutting down last season, the Trojans may have been playing for back-to-back championships. Instead, after winning their first ever regular season championship a season ago the Trojans are left to wonder what could have been.

“There is a part of me that grieves a little because we didn’t get to experience this with last year’s five seniors,” Rigby said. “Some of their parents were in the stands. We had five seniors last year that kind of paved the way for this. They won an outright championship last year, but couldn’t come to the tournament. They are with us in spirit. Those players pushed these players every day. I’m glad we were able to finish it for them.”

The Trojans won the championship at a place this is special to Rigby. Rigby spent seven seasons as head coach at Pensacola State. She led the Pirates to two National Junior College Athletic Association Final Fours. During her time in Pensacola over the weekend, Rigby saw plenty of familiar faces in the stands.

“I kept looking around and seeing people I haven’t seen in eight years or 10 years,” Rigby said. “A lot of people were here supporting us. The president of Pensacola State, I saw him here. I had no idea he was coming. I am thankful and of course it makes it more special.”

Rigby believes that the team’s accomplishments over the years are a credit to Troy University and the athletic department.

“It starts with the administration for giving us a chance, my staff and I,” Rigby said. “I wasn’t a Division I coach before coming to Troy, they gave me a chance. That is what this program is about, giving young ladies a chance and believing in them. Our staff has been together for so many years. They’re all great coaches. So much credit goes to them.”

The Trojans will find out who their first round opponent will be on Monday evening. The Tournament is scheduled to get under way on March 21 and 22 in San Antonio, Texas. Until then the Trojans will focus on staying healthy while at the same time preparing for the postseason.

“We have to fight the battle we have fought all year, to stay safe and COVID free,” Rigby said. “This championship will not be celebrated like a normal championship out in the public. We will stay in our bubble and stay focused. We have to get rested and recuperated. Starting Wednesday, we are entering our fifth season, which is the NCAA Tournament. We want to be the most prepared team, peaking at the right time when we get to the tournament. We still have a lot to push for.”