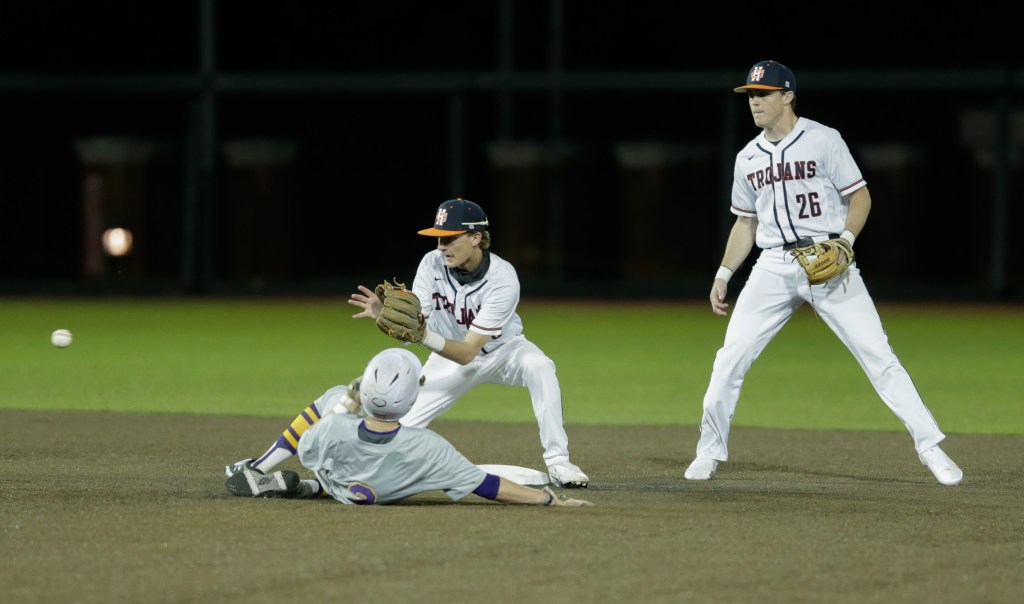 A pair of two-run innings lifted the Ariton Purple Cats to a 4-2 win over the Charles Henderson Trojans on day one of the Terry Sikes Memorial Tournament on Thursday night in Troy.

After scoring two runs in the third inning to gain their first lead, the Purple Cats scored two more runs in the fourth before holding on to a two-run win.

Cam Foley got the start for the Trojans. Foley pitched into the seventh inning. He allowed four runs on nine hits.

The Trojans cracked the scoreboard early. Damian Hart ripped a single to left field to start Charles Henderson’s threat. After being pinch ran for by Zack Henderson, Darryl Lee brought in the first run with a double to right center.

The Purple Cats tied and later took the lead in a two-run top of the third inning. Landon Tyler tripled to center field and came around to score the first run of the inning on a double by Landon Thrash. One batter later Caden Collier singled to left to give the Purple Cats a 2-1 lead.

The Trojans battled back to even the game at two in the fourth. Bailey Sparrow led off the inning with an infield single. He came around to score on a single by Ben Reeves.

The Purple Cats had their second two-run inning in the top half of the fifth inning. Tyler began the threat with a one out single. Landon Thrash tripled to right center to give Ariton their second lead of the game. One batter later Collier singled to right center allowing thrash to score Ariton’s fourth run, bringing the score to 4-2.

Ben Reeves led the Trojans at the plate by going 2-3 with an RBI. J.B. Sanders, Hart, Lee and Sparrow each had one hit.

Landon Thrash and Collier each had two hits with two RBI.

The Trojans will return to action on Friday with a pair of games against Prattville and Shelby County at 1:30 and 4:00. Ariton will return to the field on Saturday against Bibb County and Opelika.