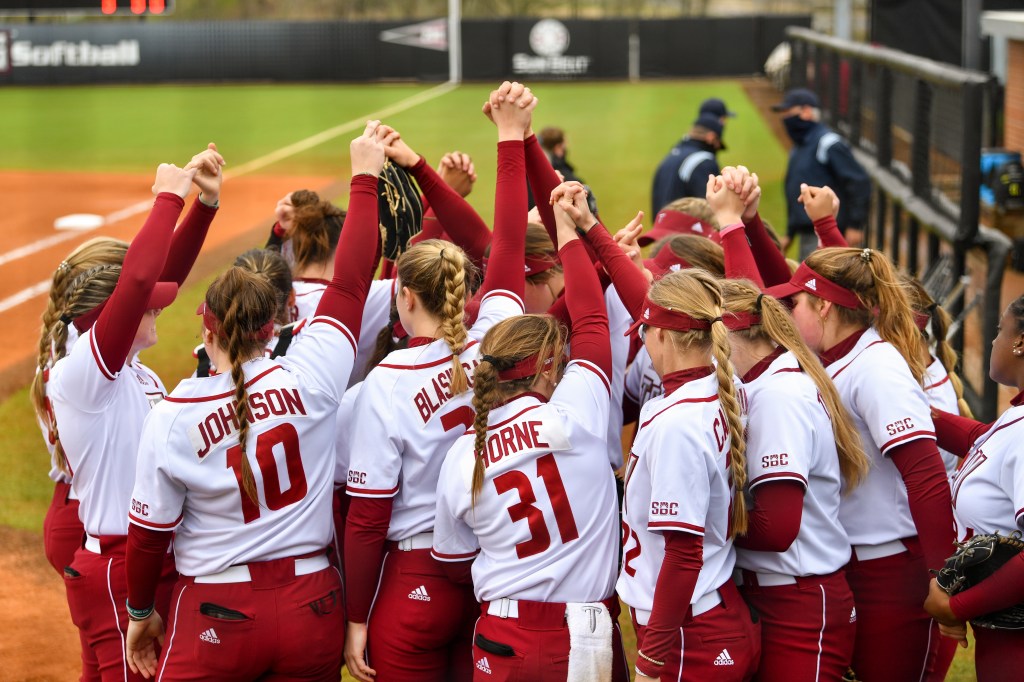 File photo The Trojans break a huddle during a game earlier this season.

The Troy softball team heads to Auburn to compete in the Auburn Invitational beginning on Thursday.

The Trojans enter the Invitational with a 13-3 overall record. They finished last weekend’s Crimson Tide Classic 3-2 and picked up wins over North Carolina and Memphis.

Leanna Johnson leads the Trojans inside the pitching circle. The Brantley native is 7-2 this season with a 1.19 ERA. Johnson has 96 strikeouts in 53 innings this season, good enough for second most in the country. She leads the nation in wins.

The Trojans are hitting .285 as a team. Kelley Horne leads the way with a .400 batting average. She has two home runs 16 RBI and seven doubles.

The Auburn Tigers enter the Invitational with a 10-1 record on the season and are undefeated at home. They are currently enjoying a five-game winning streak. Their loss came on February 21 against South Carolina.

Southeastern Louisiana enters the tournament with a 7-6 record and Southern Miss is 11-5.