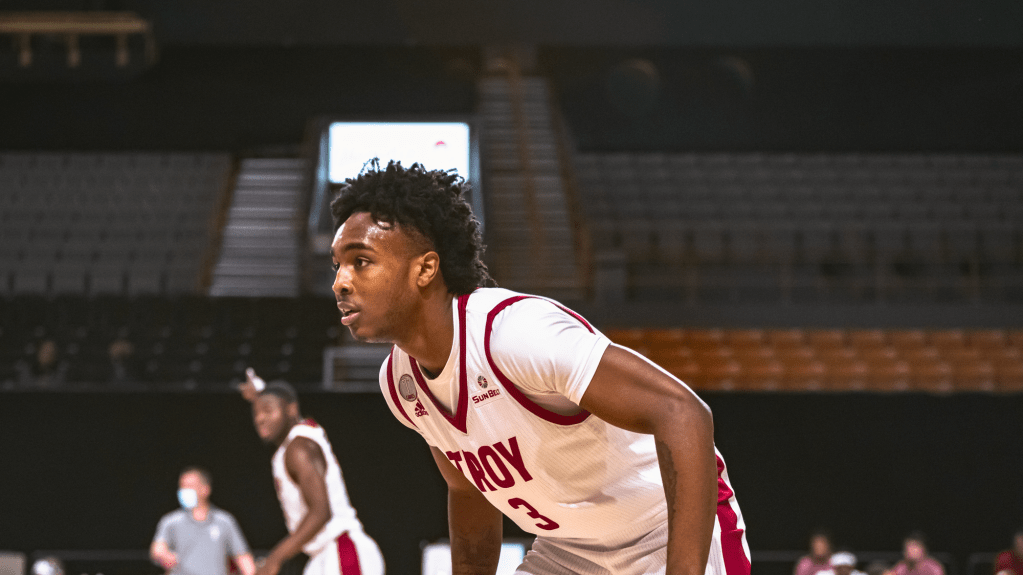 Troy freshman Kam Woods announced he will not participate in the upcoming Sun Belt Conference Tournament.

“After talking with my family, I will not be playing in the SBC Tournament and entering the Transfer Portal to find a better fit for me and my game,” Woods posted on Twitter.

Woods was part of arguably one of Troy’s most exciting recruiting classes when he arrived on campus along side Duke Miles, Antwan Burnett and others.

Woods played in 22 games for the Trojans this season and averaged 26.7 minutes. Woods averaged 10.5 points per game, third most on the team.