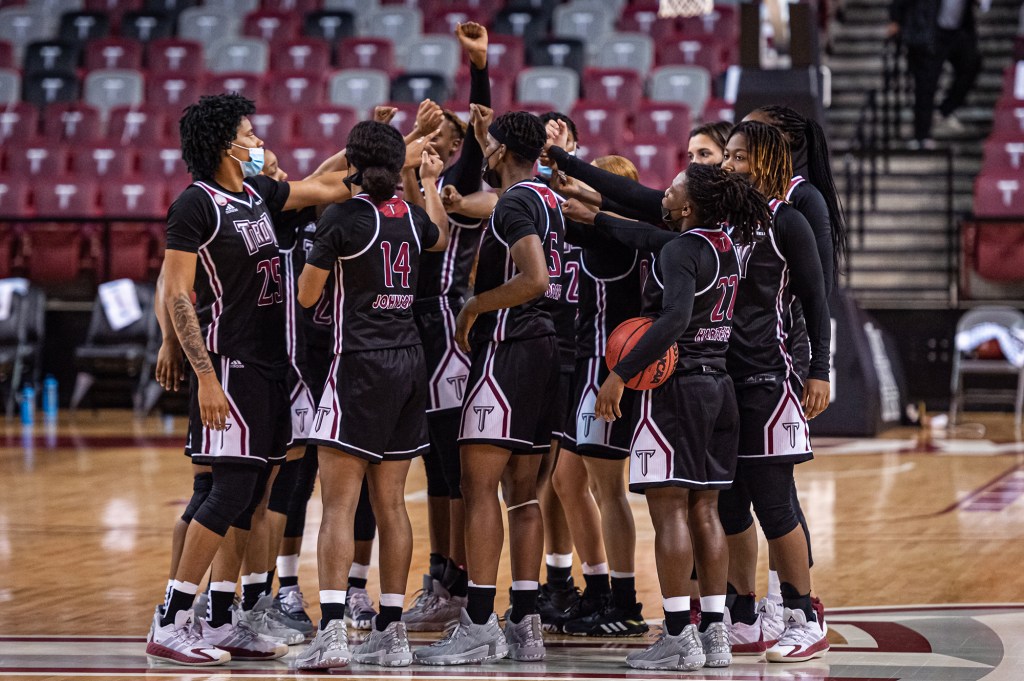 Photos /Troy Athletics The Troy Trojans huddle up during a game this season. The Trojans will enter the upcoming Sun Belt Conference Tournament as the number one seed.

Postseason basketball has arrived in college basketball and Pensacola, Fla., will play host to  the Sun Belt Conference Men’s and Women’s Basketball Tournament starting this Friday.

The tournament will feature each Sun Belt Conference team in a single elimination format. The top two seeds in each division earn a first round bye.

The Trojans will play their tournament game on Saturday, March 6 against the winner of Texas State and Georgia Southern. Game time is set for 11 a.m. The Trojans are in search of their third Sun Belt Tournament title since 2016. A championship will guarantee a spot in the upcoming NCAA Tournament.

The Trojan men arrive in Pensacola after closing out the regular season on a seven-game losing streak. Their last win came on Feb. 5 against Georgia Southern.

The Trojans, with a 4-12 conference record, finished with the leagues worst record. They will be the sixth seed in the East Division and will take on University of Texas-Arlington on Friday beginning at 8 p.m. on ESPN+.