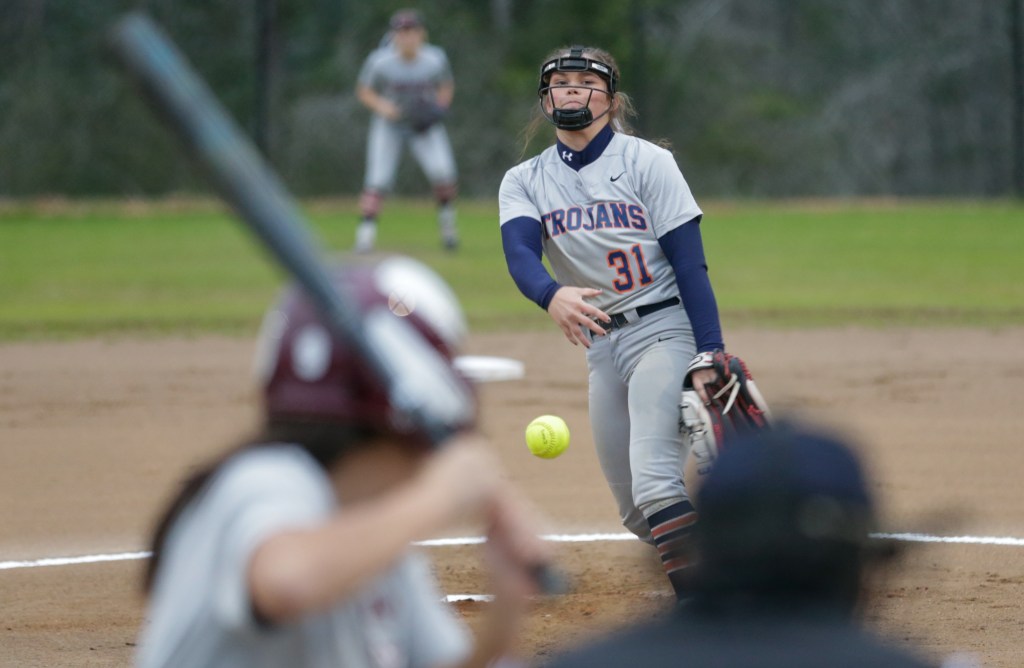 Photos /Dan Smith Stella Gilbreath of the CHHS Lady Trojans delivers a pitch Monday in Troy against LAMP of Montgomery.

Scoreless after four, the Lady Trojans allowed LAMP to score four runs in the top half of the fifth to go up 4-0. It was lead they would not relinquish the rest of the way.

Stella Gilbreath got the start for the Trojans. Gilbreath pitched all seven innings in the defeat. She allowed four runs on five hits. She struck out seven.

LAMP had their first three base runners reach base to begin the fifth. After a runner was thrown out at home for the second straight inning, LAMP pushed across their first run on a double. Two straight walks brought in the second run of the inning for LAMP. Two batters later, LAMP had a two-run single to bring the score to 4-0.

The Trojans finished with one hit in the game and it came off the bat of Heather Maxwell in the sixth inning. It came on the heels of walk, putting runners on second and first with nobody out. Following back-to-back strikeouts, the Trojans loaded the bases on a walk by McKenzie Cain. A third strikeout in the inning ended the Trojan threat.

The Trojans will be back in action on Tuesday when they host Eufaula.