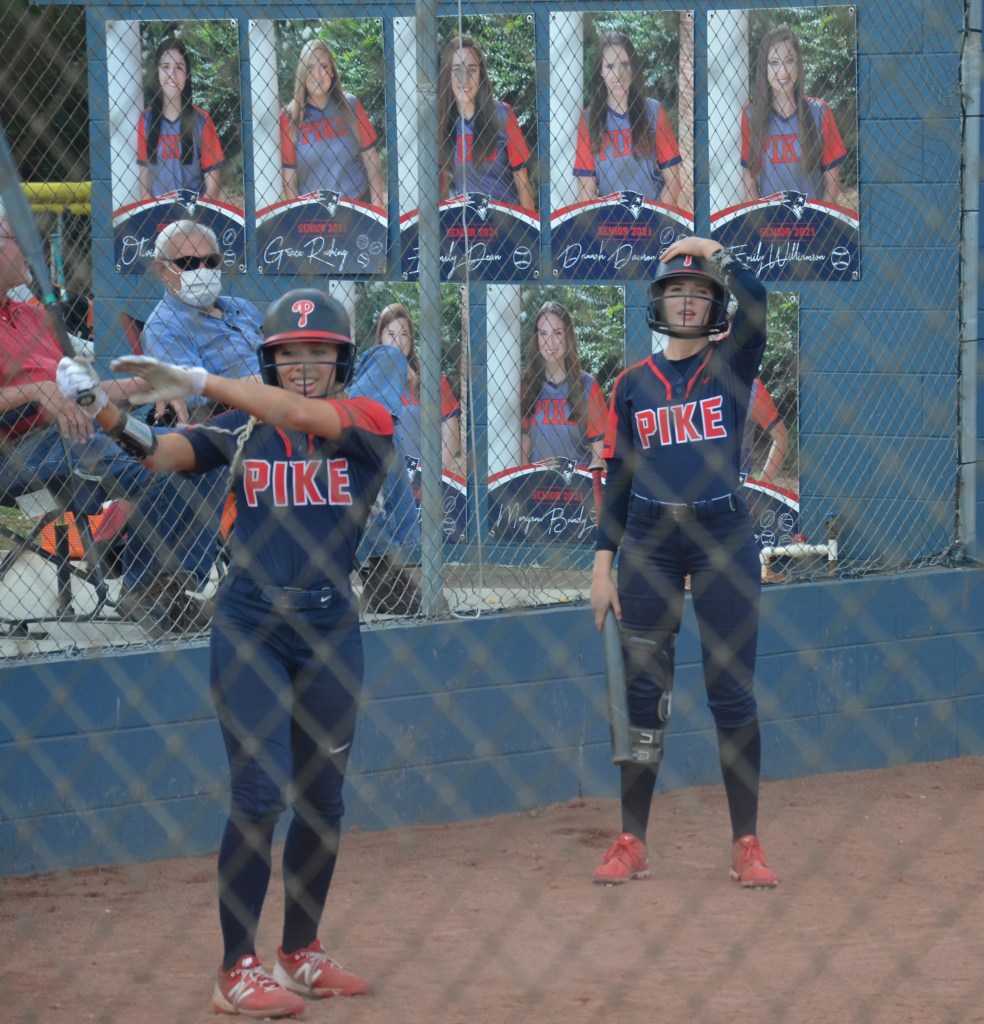 The Pike Liberal Arts Lady Patriots began the Jonah McWaters Tournament with a pair of wins on Friday.

The Lady Patriots opened their tournament with a 5-0 win over Abbeville Christian, before closing out day one with a 5-1 win over Lee-Scott Academy.

The two wins gives the Patriots a 5-2 record on the season.

Ally Rushing got the start in game one for the Patriots. Rushing pitched all five innings and kept the Generals off the scoreboard. She allowed four hits and struck out two batters.

The Patriots did the majority of their damage in the opening inning. They scored three of their five runs before the Generals picked up a bat. Morgan Bundy drove in Amity White for the first run of the game on a double to right. The Patriots then had an RBI groundout  by Grace Rushing and a sacrifice fly by Mikalah Griffin.

The Patriots upped their lead to 4-0 in the third when Emily Dean singled to left allowing Grace Rushing to score from second base.

The Patriots scored their final run of the game in the top half of the fifth inning when Grace Rushing singled to shortstop, driving in Bundy.

The Patriots finished with five hits. Bundy finished 2-3 with one RBI. Ally Rushing, Grace Rushing and Dean each had one hit.

Dannah Dawson looked to carry over game one’s momentum when she stepped inside the pitching circle in game two. Dawson pitched 5 innings and allowed one run on two hits. She struck out 10 batters.

The Patriots finished with six hits. Dean and Bundy both finished 2-3 with an RBI. White and Emily Bryan each had one hit.

After a scoreless first two innings, the Patriots jumped on the board first in the top half of the third inning. Emily Williamson came around to score the run on a Bundy single to right.

The Warriors battled back to tie the score with a home run in the bottom of the fourth.

A five-run fifth inning for the Patriots lifted them to the win. The Patriots had RBI singles by Dean and Bryan. Dean came around to score on an error.