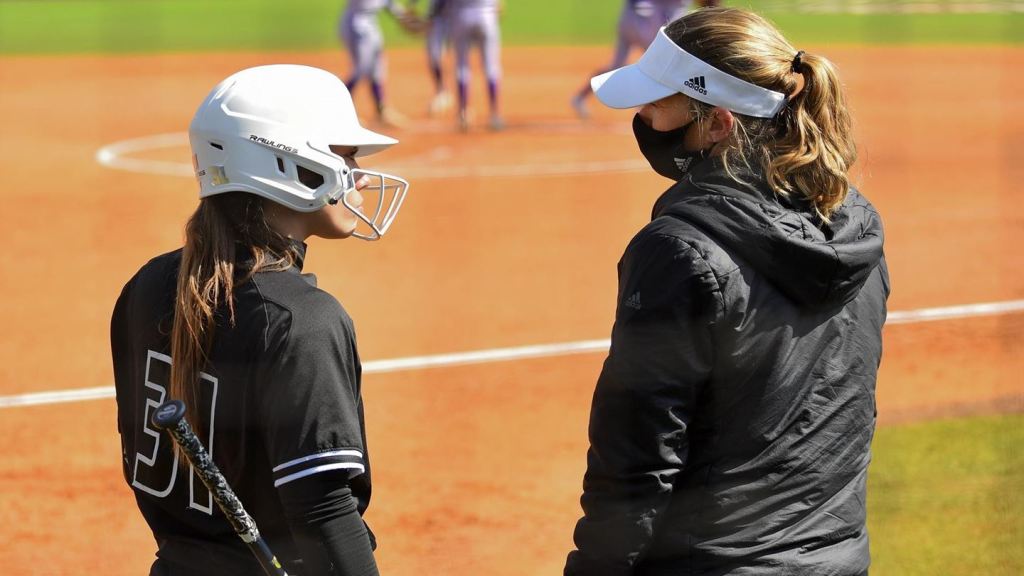 The Troy Trojans hosted the Samford Bulldogs in a doubleheader at the Troy Softball Complex on Wednesday afternoon.

After heading into extra innings tied at two, Candela Figueroa ended game one with a game-winning base hit.

The Trojans carried over their momentum from game one into game two and knocked off the Bulldogs 7-1.

Libby Baker got the start for the Trojans in game one. After a scoreless first inning, the Bulldogs scored the first run of the game on a single by Kolby Holcombe. The run was unearned due to a Trojan error earlier in the inning. The second unearned run of the inning scored one batter later on single by Mekhi Mayfield, bringing the score to 2-0.

Kelly Horne began the bottom of the second inning with a single. She came around to score Troy’s first run on a double by Ashlan Ard. Two batters later Logan Calhoun singled up the middle, driving in Anslee Finch to tie the game at 2.

Baker was credited with a no decision after she was pulled after five innings. She held Samford to two unearned runs on six hits.

Leanna Johnson entered the game in the sixth inning. Johnson pitched the final four innings and struck out 12 Bulldog hitters.

The Trojans began the bottom of the ninth with three straight singles. Figueroa singled to right allowing Kaylee Chapman to score the winning run.

The Trojans scored five runs in the first two innings of game two and rode it to a 7-1 win over the Bulldogs.

Johnson stayed in the pitching circle and got the start in game two. Johnson pitched five innings and allowed one run on five hits. She struck out eight. Brianna Bailey pitched the rest of the way. Bailey pitched two innings of scoreless softball.

The Trojans will participate in the Crimson Tide Classic on Friday when they take on North Carolina in a pair of games beginning at 11 a.m.