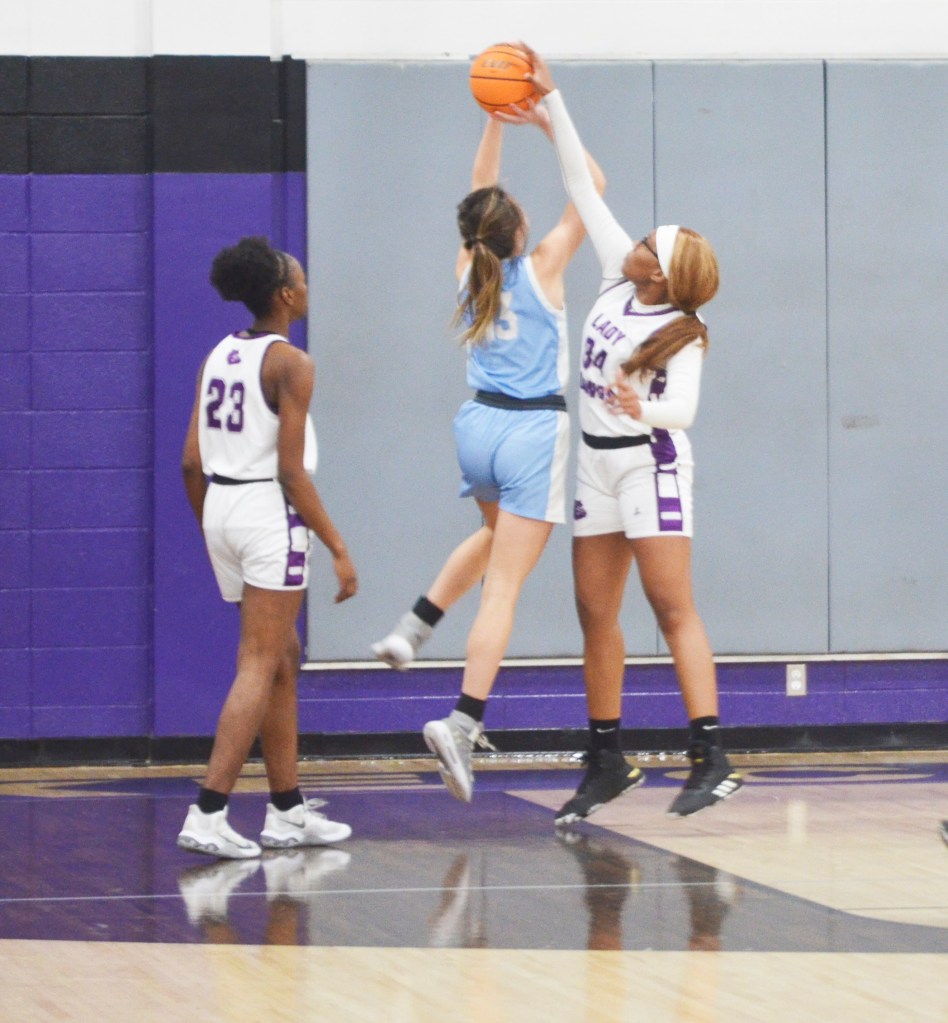 photo/mike hensley | The Messenger Tajh Boyd blocks a shot of a Houston Academy player in a game on Monday night in Brundidge.

Kyah Rouse converted a three-point at the foul line to give the Pike County Lady Bulldogs a thrilling 58-56 win over Houston Academy in double overtime in the Class 3A sub-regionals on Monday night in Brundidge.

The Lady Bulldogs trailed by as many four points in the second overtime before finishing the period on a 6-0 run to seal the win.

“We knew it was going to be a pretty tough game,” said coach Aaron Young. “We are so proud of the girls. They came out and never stopped fighting. This is the first time the girls have made it this far in many years. We told them let’s get back to work on Wednesday…Hopefully tonight’s game will carry over to another victory on Thursday.”

The Bulldogs advance to the regional semifinals where they will play Montgomery Academy at home on Thursday night beginning at 6:30 p.m.

The Bulldogs led by two with 3.1 remaining in the fourth quarter. The Raiders put up a 3-pointer at the buzzer. The shooter was fouled and went to the free throw line with a chance to win the game. After missing the first free throw, the last two free throw attempts were made, sending the game into overtime.

Trailing by two in the final seconds of overtime, Angel Terry put up a shot that found the bottom of the net to force the second overtime.

The Raiders scored the first points in the second overtime before eventually stretching their lead to four points at 56-52. Before Kyah’s three-point play, Terry had one of her own to cut the Bulldogs’ lead to three at 56-55.