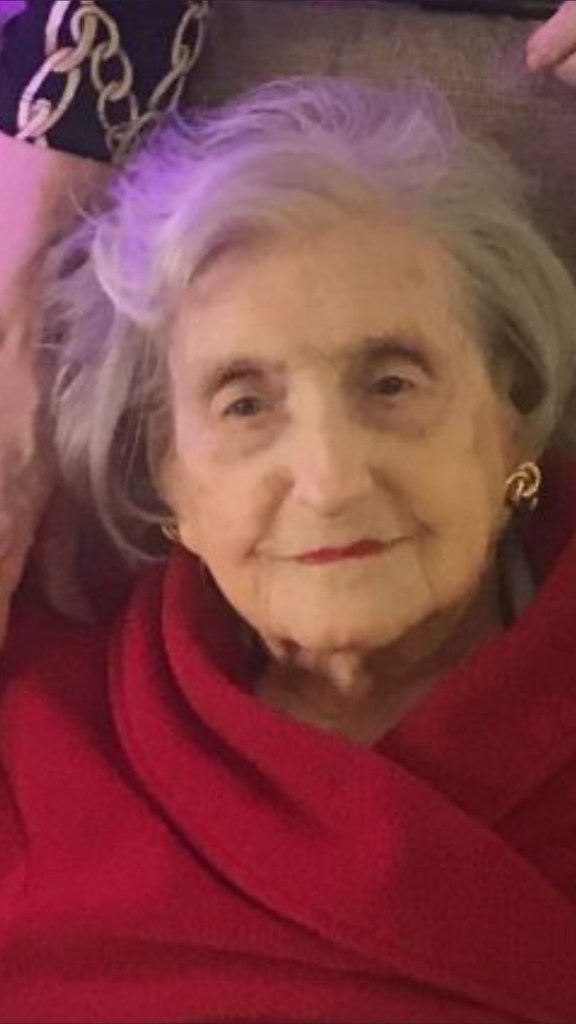 Sarah Carter Jones, age 104, a resident of Goshen, and formerly of Birmingham, was called to eternal rest Wednesday, Feb. 10, 2021, at her home.  She was born Sept. 22, 1916 in Pike County. A celebration of her life will be held on Saturday, February 13, 2021 at Little Oak Methodist Church at 2 p.m. She will lie in state beginning at 1:30 p.m. at the church. Burial will follow on Tuesday, Feb. 16, 2021, at Elmwood Cemetery in Birmingham at 2 p.m. State health guidelines will be implemented for all services and masks are suggested for attendance. Serving as pallbearers will be Jimmy Shaver, David Sanders, Carter Sanders, Michael Sanders, Kirby Sanders, Cole Mitchell, Ronnie Donaldson and Hal Lee.

Sarah was a graduate of Troy High School, the class of 1936. Her long work career started in 1937, the year the Social Security began. She started work at GMAC in Montgomery, AL where she met her husband. During World War, she moved to Seattle Washington and worked for the war effort. After the war concluded, she returned to Alabama and became employed at First Baptist Church in Dothan, and later at the First United Methodist Church in Birmingham until she retired at age 70. Not ready for retirement, she took a computer course and worked until the age 86 at Shades Mountain Baptist Church. She was a life long member of First United Methodist Church in Birmingham, and was a faithful member of the Captain Thomas Carter Daughters of America Colonist.

The family would like to issue a special thanks to Compassus Hospice, and her caregivers: Sharonda Culver, Barbara Boggan, Lisa Trawick, Jeanna Cowart, and Brenda Bowen.