Patriots heading back to state championship 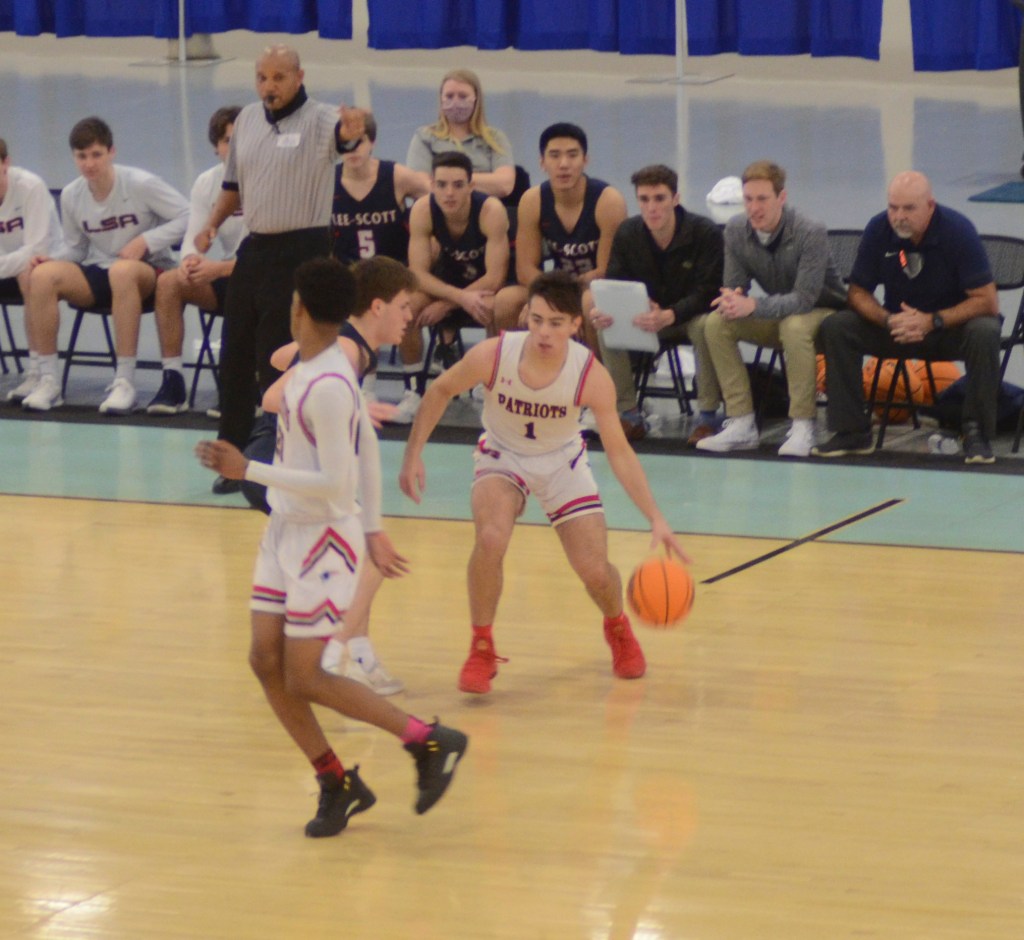 The Pike Liberal Arts varsity boys basketball team is heading back to the AISA State Championship for the second consecutive season after they defeated Lee-Scott Academy 53-37 on Friday morning in Montgomery.

The Patriots will play the in the championship next Wednesday afternoon beginning at 2:30 p.m.

“It feels great,” head coach Matt Brown. “Our motto all year was last step. We have one step left to do and that is what we are looking forward to next Wednesday.”

After falling behind early, the Patriots battled back to take the lead before pulling away comfortably in the second half.

“This team is a fighter, we are never out of any game,” Brown said. “They showed it today. They came out and played hard and got the win.”

Patriot Jay Taylor ushered in the second quarter with a rim-rocking dunk to even the game at 17. Tied at 19, the Patriots scored four consecutive points and took a 23-19 lead.

Javon Christian had 11 first half points, five of them came late in the second quarter when he made five-straight points for the Patriots, giving them a 32-23 lead.

The Warriors scored the final basket of the half and the game went into halftime with the Patriots holding a 32-25 lead.

The Warriors pulled to within three at 33-30 early in the third quarter before the Patriots went on a 9-0 run to close out the quarter. The Patriots took a 42-30 lead into the fourth quarter after holding Lee-Scott to just five points in the third.

“We knew coming into this that this team (Lee-Scott) is young and they don’t handle pressure so well,” Brown said. “We had a goal of applying pressure with no fouls. I think we did a really good job of that.”

The Patriots scored five straight to start the fourth quarter and extended their lead to 17 at 47-30.

Christian finished the game with a team high 17 points. Austin Cross and Mario Davenport also finished in double figures with 13 and 10 points respectively.

The Patriots will take the next few days watching film and preparing for championship game.

“We are going to watch some film,” Brown said. “Probably going to take Saturday off and then get right back to it on Sunday.”