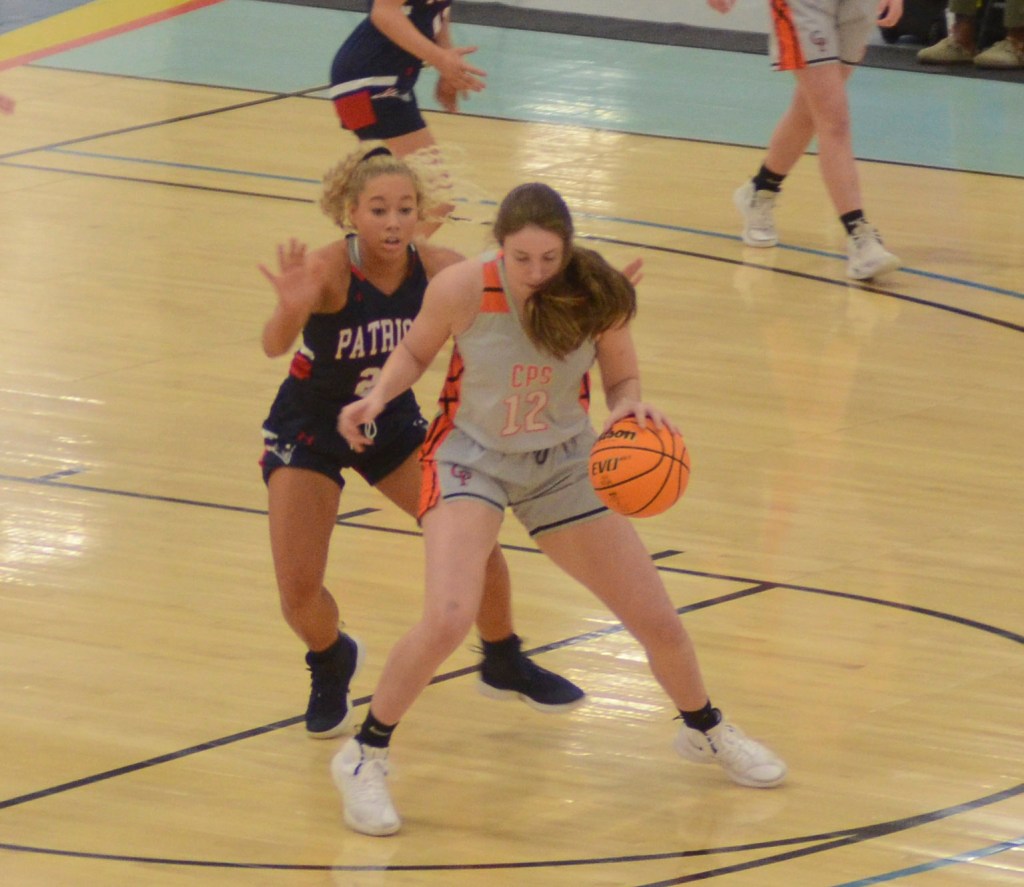 The Pike Liberal Arts Lady Patriots fell to the Clarke Prep Gators 30-24 in the AISA Class 3A Final Four on Friday morning in Montgomery.

The Patriots trailed in the second half, but pulled to within as little as five late in the fourth quarter, before the Gators clinched their spot in the championship.

“We played really hard and I am really proud of them for that,” head coach Brandon Matthews said. “I thought we played with a lot of toughness. At the end of the day they just made more shots than we did. We started slow in the first half and it’s going to be really challenging to win shooting at that percentage.”

The Gators scored the first three points in the opening minutes with a converted a 3-point shot. The score remained 3-0 until the 4:00 mark when Patriot Tiffany Johnson scored the Pike’s first points bringing the score to 3-2.

The Gators scored four consecutive points and went into the second leading 7-2.

Lakin Harrell brought the Patriots to within two early in the second quarter when she made a shot while being fouled. She made the free throw bringing the score to 7-5.

The Gators scored the final four points of the half and went into halftime leading 11-5.

Trailing 14-9 early in the third quarter, the Patriots’ Amity White scored on back-to-back possessions to pull the Patriots back to within one at 14-13.

The Gators closed out the quarter on an 11-1 run and went into the fourth leading 25-14.

Caroline Senn scored on back-to-back possessions to begin the fourth quarter, cutting the Patriots deficit to seven at 25-18.

White brought the Patriots to within six with 1:08 remaining, but Pike couldn’t make up the difference.

Amity White led the Patriots with nine points to go along with four rebounds and two assists. Caroline Senn and Lakin Harrell each had five points and Tiffany Johnson and Ivy White each had two. Johnson finished with four rebounds.

The Patriots will regroup and head into the offseason eager to take another step next season.

“I have a lot of gratitude for the seniors and all the work they did to lay the foundation for us,” Matthews said. “I have a lot of optimism and hope. Our best days are ahead of us. We have a young team. I think we are going to be a very competitive team. A lot of excitement. We saw a lot of girls grow as leaders. Those are wins for me.”