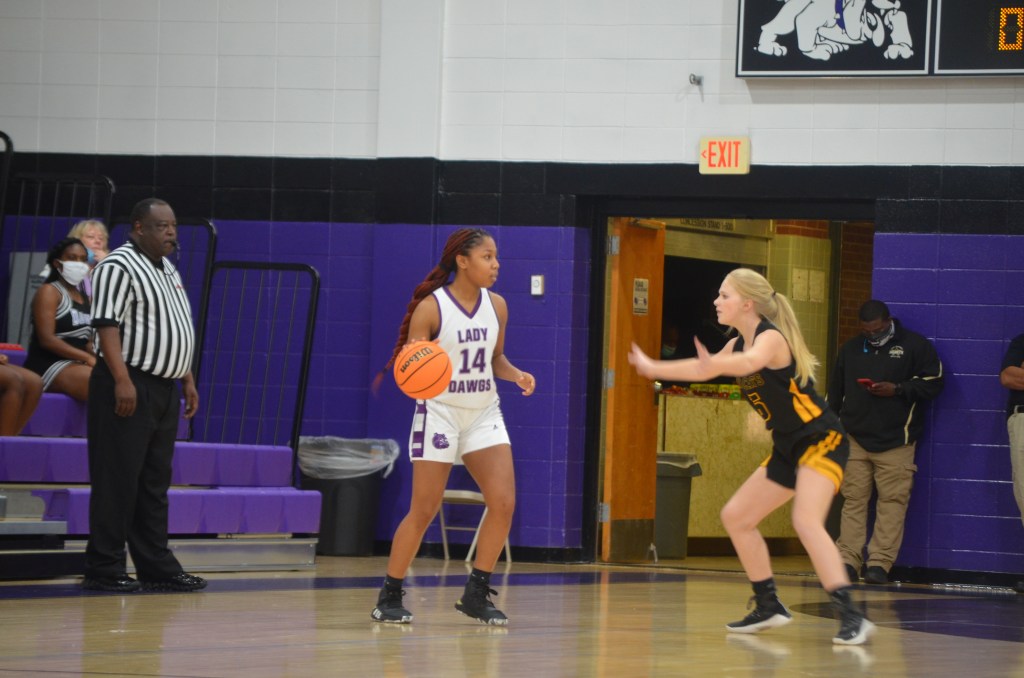 photo/mike hensley | The Messenger Angel Terry looks for an open teammate against Opp on Thursday night in Brundidge.

The Pike County Lady Bulldogs led from start to finish before defeating Opp 35-10 on Thursday evening to claim the Class 3A Area 4 championship in Brundidge.

The Bulldogs allowed just four first half points on Thursday night, all of which came in the second quarter after the Bulldogs held Andalusia scoreless in the first eight minutes.

Kyah Rouse finished with nine first half points and the Bulldogs raced into halftime leading 19-4.

A total of eight points were scored in the third quarter, five of which were scored by the Bulldogs. Four points came from leading scorer Taniyah Green. The Bulldogs took a 24-7 lead into the fourth quarter.

Green scored her final six points in the fourth quarter and the Bulldogs cruised to their 25-point win.

Green finished the contest with a game high 12 points. The Bulldogs had two players score in double figures. Rouse finished the game with 11 points.

Both teams will advance to next week’s sub-regional tournament. The Bobcats will travel for their game, while the Bulldogs will host the sub-regional round.