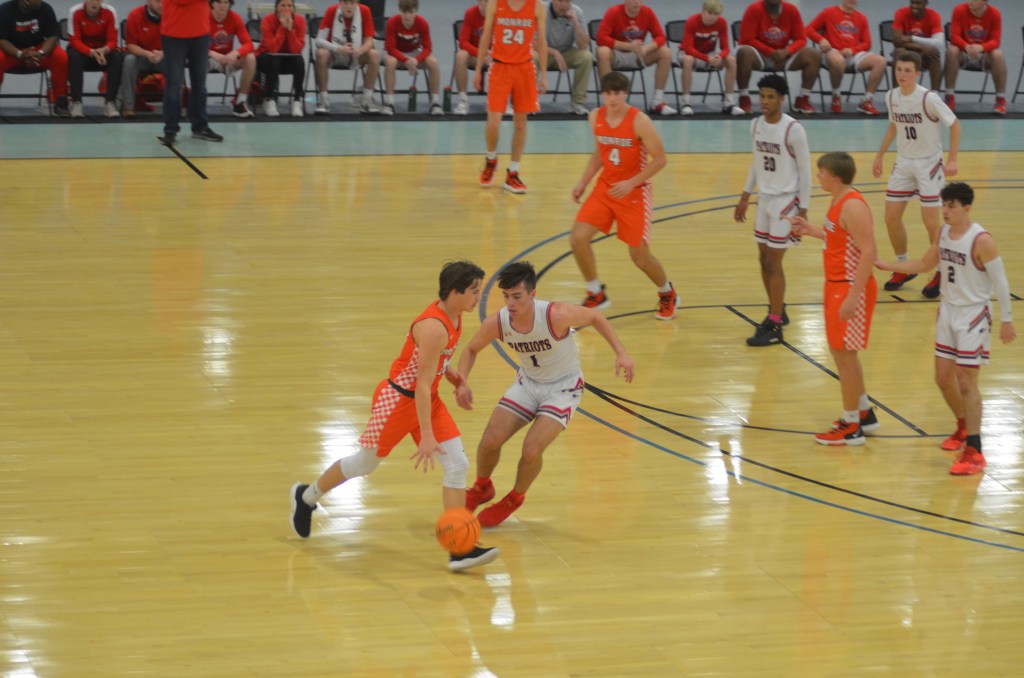 The Pike Liberal Arts Patriots are heading back to the AISA Final Four after defeating Monroe Academy 59-22 on Tuesday afternoon in Montgomery.

The Patriots will take on Lee-Scott in the Final Four on Friday beginning at 11:30 a.m.

“It feels great,” head coach Matt Brown said. “This is what we have been playing for all season long. We came out and we showed up today.”

The Patriots led by as many as 43 points on Tuesday. The Patriot defense forced turnovers throughout the game that led to easy transition points.

“The intensity was definitely there,” Brown said. “They played their butts off and it showed.”

The Patriots led throughout the contest. They scored the game’s first seven points thanks to a hot start by Drew Nelson, who scored six early points.

After a brief 5-0 Volunteer run brought the score to 7-5, the Patriots closed out the quarter on a 10-0 run bringing the score to 17-5 heading into the second quarter.

The Patriots held the Volunteers off the scoreboard in the second quarter. Payne Jeffcoat had five points in the quarter and Austin Cross had four. In all, the Patriots scored 15 second quarter points and went into halftime leading comfortably 32-7.

Javon Christian finished with 13 points for the Patriots as did Austin Cross. they were two of three Patriot players to finish in double figures. Drew Nelson finished with 10 points. Mario Davenport and Payne Jeffcoat each had eight points.

The Patriots will look to advance to the state championship game for the second straight year on Friday when they take on Lee-Scott.

“We’re going to back and watch film,” Brown said. “Try to rest up and then put in a game plan from there.”