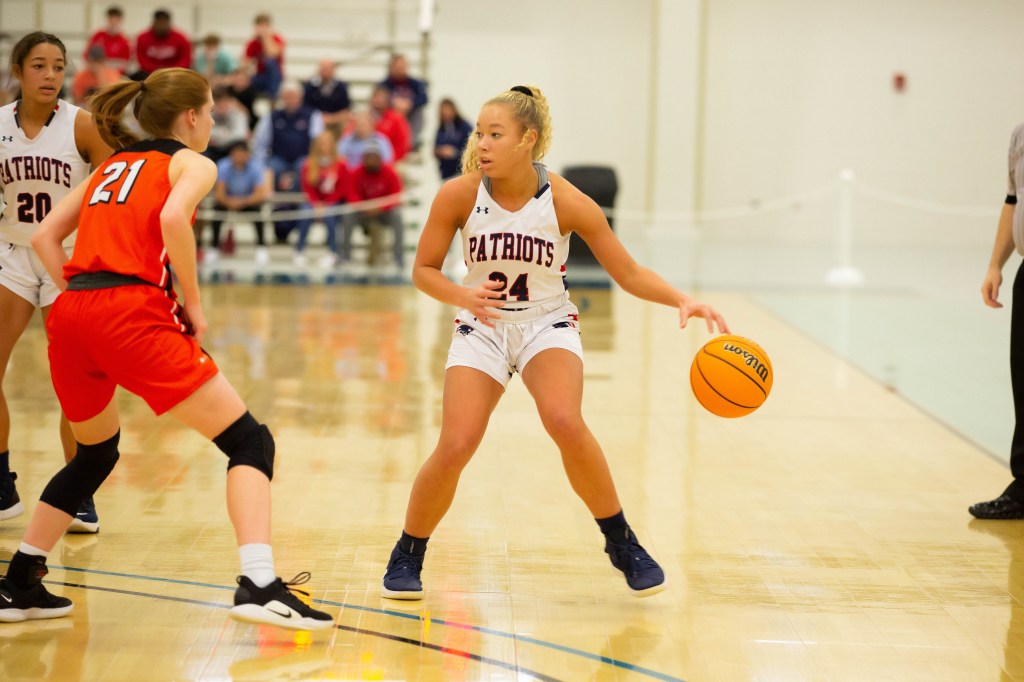 The Pike Liberal Arts Lady Patriots are heading back to the AISA Final Four for the second consecutive season after knocking off Monroe Academy 25-21 on Monday afternoon in Montgomery.

The Patriots will return to Montgomery on Friday to take on Clarke Prep for the right to play in the state championship.

The Patriots allowed the first basket on Monday, but led the rest of the way. Despite leading for the majority of the game, the win didn’t come easy for the Patriots.

“Offensively we weren’t aggressive enough and we weren’t making shots,” Matthews said. “We didn’t do well at the free throw line. There are a lot of areas we need to improve on.”

Trailing 2-0, the Patriots didn’t score their first points since the 3:25 mark of the opening quarter. They finished the quarter on a 9-0 run and took a 9-2 lead into the second quarter.

The Patriots went into halftime leading 13-5.

Amity White had seven points in the third quarter and the Patriots led by as many as 10 points before going into the fourth leading 23-13.

The Patriots saw their deficit cut to as little as four in the final minutes of the of fourth quarter.

Matthews called a couple of timeouts in the fourth quarter in hopes of settling his team down.

“We had to take those timeouts to settle down,” Matthews said. “Offensively we had to slow down. I thought we were trying to force too many shots. Those timeouts were crucial.”

Glenwood found themselves trailing by four with 1:26 remaining. After Matthews’ second timeout, the Patriots held the Volunteers scoreless the rest of the way to preserve the four-point win.