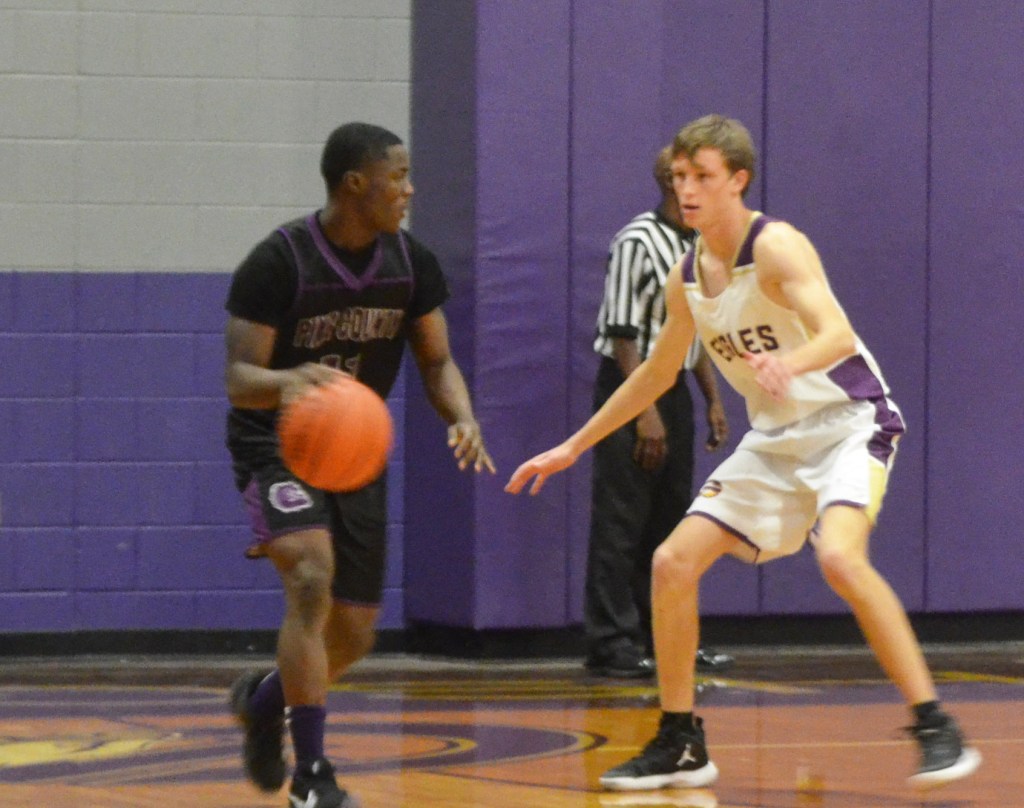 The Pike County Bulldogs took a home a 66-19 win over their county and area rival Goshen High school Monday night in Goshen.

The Bulldogs led throughout the game on their way to picking up their eighth win of the season.

After falling behind 3-0 on a Jeff Warrick 3-pointer, the Bulldogs quickly evened the score and took a lead they wouldn’t relinquish the rest of the game.

The Bulldogs defense held the Eagles to 19 points in the game, 15 of which were scored by Jeff Warrick. Will Snyder had the other four.

After falling behind early, the Bulldogs outscored the Eagles 10-5 the rest of the quarter and took a 10-8 lead into the second quarter.

The Bulldogs outscored Goshen 14-2 in the final quarter to secure the 47-point win.

Ian Foster led the Bulldogs with 12 points. He was one of two Bulldog players to score in double figures, joining KP Pennington, who scored 11 points.

Taniyah Green led the Bulldogs with 14 points, while Tajh Boyd had 12. Aliah Broadnax had nine points and Kyah Rouse had four. Goshen’s Ella Baker led all scorers with 15 points on Monday. Kyra Dixon had two points and Jayleigh Adair and Kaliegh Burden both had one point.