Holland named coach of the year 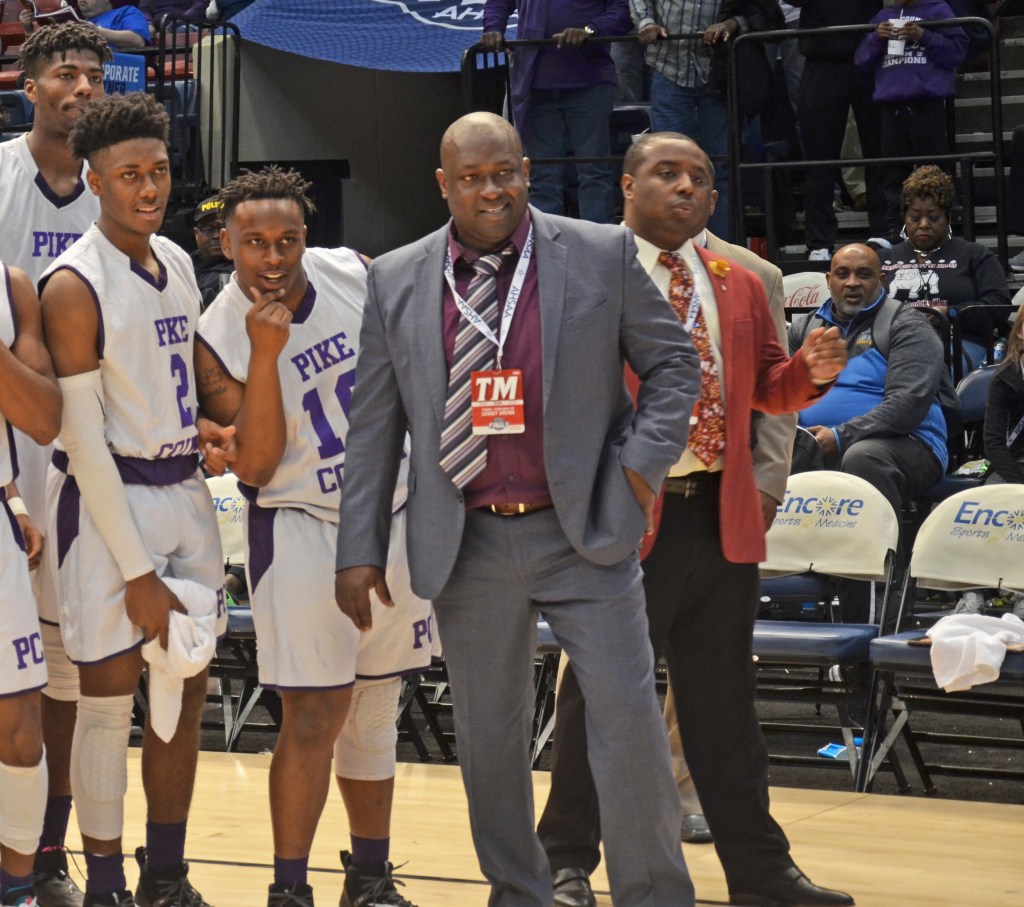 The 2019-20 season was a season to remember for Holland and the Bulldogs. They won their first ever state championship and earlier this week; Holland was given the honor of being coach of the year.

“I want to thank the Pike County family and Bulldog nation.”

Holland and the Bulldogs finished the regular season with a 17-5 record.

For the second consecutive season, the Bulldogs finished in a tie for first place in the area standings. After winning a coin toss, the Bulldogs hosted the area tournament and later won it when they defeated Providence Christian. The Bulldogs went on to defeat Slocomb, Pike Road, Dadeville and Hanceville before ultimately defeating Lauderdale County in the state championship game.

Despite all the success last season, the Bulldogs faced adversity as well. They lost teammate Reggie Edwards, who died after being in an automobile accident.

Holland credits his players for overcoming that adversity last season. Holland believes last year’s challenges, along with the challenges in 2020, put things into perspective for his players and himself.

“Anytime you go through adversity it makes you appreciate the small things,” Holland said. “Losing a player, and the way things shook out after we won it, it puts things into perspective for you.”

Holland has coached basketball long enough to learn that things change on a yearly basis and the key is being able to handle the highs and the lows each season.

“I have learned a lot,” Holland said. “You understand that every year is different and every team is different.  Being able to handle the highs and the lows is the most important thing.”

One thing that remains a constant is the relationship built with the players on and off the court. One message that he preaches is learning from mistakes.

“You make mistakes as a person and the most important thing is you let them know that we are human and we all make mistakes,” Holland said. “I constantly try to remind them that everybody makes mistakes. Sometimes things happen and you have to learn to adjust to it.