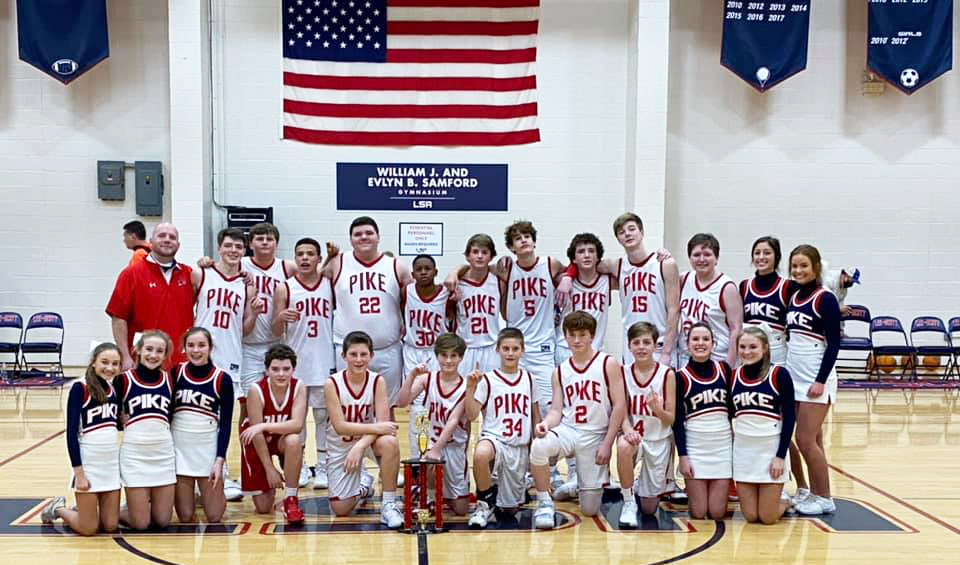 The Patriots started Saturday with a 56-30 victory over Lee Scott. They finished off the tournament with a three-point win over the Gators of Glenwood in the championship game.

“It was great to see how the kids grew from the beginning of the year to the tournament,” head coach Charlie Schofield said. “The first time we played Lee Scott in the regular season, we scored just four points in the entire first half and we scored 56 points against them (Saturday). We came leaps and bounds from where we were at the beginning. Exciting to see their growth.”

Parker Adams finished with 21 points in the Patriots’ win over Lee Scott. He was later named to the All-Tournament team. Payne Jeffcoat finished with seven points and Houston Gunter added six points.

In the championship game Slade Renfroe led the team in scoring and had a 3-pointer at the end the game that helped the Patriots secure the win. Jeffcoat added 10 points, while Parker Adams and Gunter both had six.

Jeffcoat was named the Most Valuable Player in the tournament.

Glenwood knocked off Fort Dale in their half of the bracket to set up the championship game with the Patriots. It was the latest chapter in what is turning out to be a rivalry between the two schools.

“I think they had the grit of wanting to take that back from us,” Schofield said. “We were able to stay composed and shoot the ball well. We were able to come out on top.”

All season long the Patriots preached the importance of playing for the team and not just for oneself. It’s a message the coaching staff preaches throughout the program and it paid off for the junior varsity on Saturday.

“They didn’t care about how many points they scored, they just wanted to win,” Schofield said. “Whatever I had as the game plan, they didn’t question it. If something didn’t work we could change it because they were bought in. That’s what made this team special.”

It wasn’t always easy for the Patriots this season. They started the season with three challenging opponents. Schofield believes that stretch of games helped set the tone for the rest of the season.

“At the beginning of the year we played our toughest three opponents right out of the gate,” Schofield said. “We took a few losses at the beginning. Football this year put us (behind) because we made it all the way to the championship. We didn’t have a lot of practice time.”

“It’s a special time to be here,” Schofield said. “I think it goes back to the parents of this school and the kids that they raised. They really are some special kids. They love one another and they listen and take direction.”