Trojans travel to Conway to take on Coastal Carolina 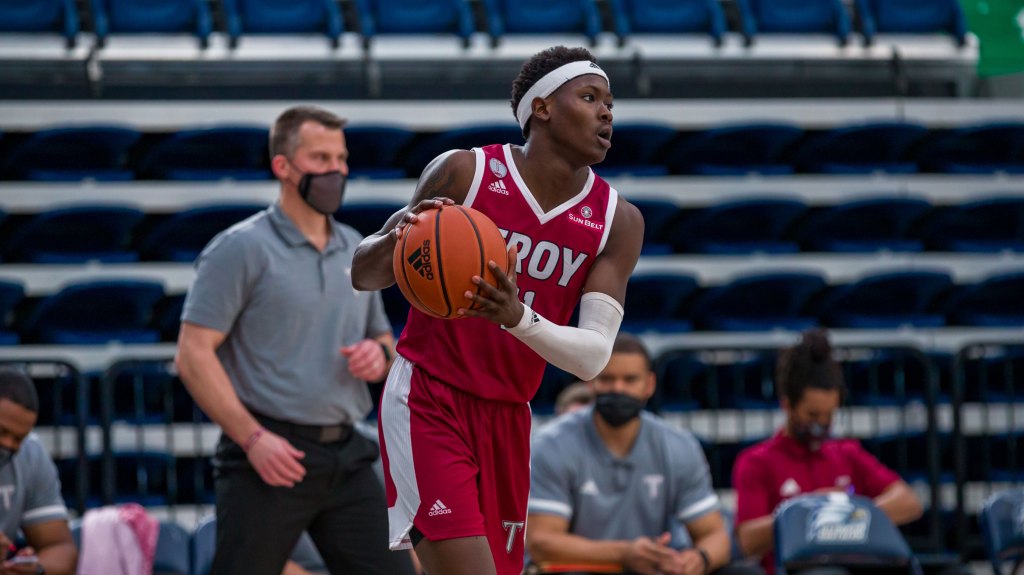 The Troy Trojans finish off January with a two-game series against Coastal Carolina in Conway, South Carolina beginning on Friday evening.

The Trojans arrive in Conway on a three-game losing streak. They enter Friday’s contest with a 6-7 overall record and a 1-3 record in Sun Belt Conference play.

The Trojans are coming off a sweep at the hands of Georgia Southern last weekend.

The Trojans held Georgia Southern to under 70 points in both games last weekend.

The Trojans have three players scoring in double figures this season. Zay Williams leads the way with 12 points per game. Kam Woods and Nick Stampley are right with Williams, averaging 10.5 and 10.3 points per game respectively.

The Chanticleers are 3-2 in conference play heading into Friday’s game. They are winners of two out of their last three games. They lost their only game to Georgia State last Saturday, 71-68. Their 3-2 record puts them in third place in the SBC East Division.

Troy’s defense will be put to the test in this series. The Chanticleer’s lead the conference, averaging 87 points per game this season. They have made 39 percent of their 3-point attempts, second only to South Alabama. Their defense is middle of the pack, allowing 67.3 points per game.

The Chanticleers have three players averaging double figures including DeVante’ Jones, who is averaging 22 points per game.

The Trojans hold a slim advantage in their history against Coastal Carolina. They have won four out of the seven meetings with Coastal going back to 2017.