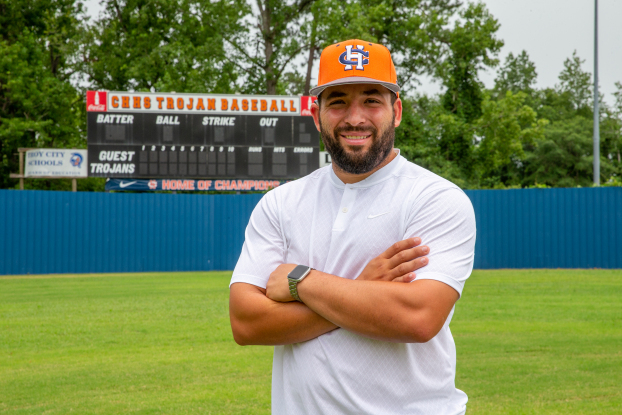 The Chase Smartt era at Charles Henderson is officially underway as the Trojans hit the field for preseason practice.

Although official practice won’t begin until the end of the month, the Trojans are excited to get back to a sense of normalcy.

“We are all excited. Parents, players and coaches, we are all excited,” Smartt said. “They had a season cut short last year and they didn’t believe they were going to have a season this year because of COVID-19. Since Christmas break, when they come out to throw and run, they have had so much excitement. They are ready for the baseball season.”

Day one of official practice is scheduled for January 25. Until then, Smartt and the Trojans are spending their time working out, running and throwing.

Chase Smartt is just 25 years old and a year out of playing baseball. At times, Smartt feels like he should be lacing up his cleats to play the game of baseball. Instead, he is leading a group of young men to what they hope is a successful 2021 season.

“Everything is changing,” Smartt said. “I still feel like I can still play; I’m 25 years-old. In my mind I feel like I am playing with them.”

Smartt knows the importance of not taking anything for granted. He understands that any moment your season or even career could end. He is pushing his players to take advantage of every moment this season.

“I felt bad for the seniors last year, who had their season taken away,” Smartt said. “I am pushing these players hard to not take anything for granted. This is your opportunity to have fun.”

Smartt had a lot of success while playing for the Trojans. He believes his team’s success stemmed from the culture the players set when they began playing with one another at the recreation level. He hopes to continue to build a culture at Charles Henderson during the early weeks of practice.

“That’s how you really build programs,” Smartt said. “I don’t care how strong you are or how fast you throw. All I care about is believing in each other. That’s how you become a really good team. When I was in high school, yeah we had fancy bats and we played good defense, but in reality it all started in the 2005 World Series. We built that chemistry. Half the players on that team went to Charles Henderson and half went to Pike (Liberal Arts), but everyone on that team (World Series team) won a state championship. It’s the chemistry and the bond. That’s what I want to build during these practices. I want to come out as a team and work on that chemistry and push each other to get better and work hard. That’s what I’m looking for starting next week.”

Smartt will also take the next couple weeks to learn more about his players and hopefully find roles for each one of them.

“I’m still learning each player and what to expect from each player,” Smartt said. “I have certain roles for each player that I’m going to set before the first game. Everybody is going to have their own role and you have to focus on doing that role every day.”