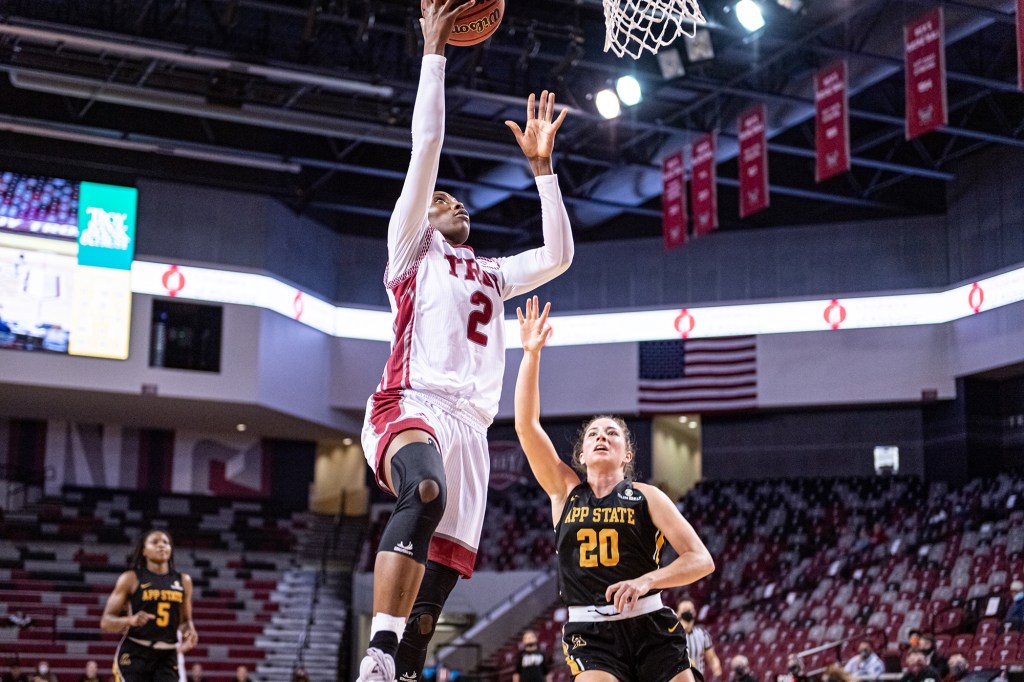 photo/troy athletics | The Messenger Felmas Koranga goes up for a shot against Appalachian State two weeks ago inside Trojan Arena.

After a long layoff the Troy women’s basketball team returns to Trojan Arena on Friday evening to take on Georgia Southern.

The Trojans last played on January 2 when they hosted Appalachian State. After losing the first game of the series on Friday, the Trojans rebounded on Saturday and defeated the Mountaineers 85-65.

The Trojans are 1-1 in conference play and 5-4 overall heading into their contest with the Eagles.

The Trojans average 85 points per game heading into Friday’s action, highest in the Sun Belt Conference. Although they are scoring a lot of points, the Trojans have allowed league high 76 points per game.

The Eagles come to Trojan Arena with a 6-5 overall record and a 2-2 record in SBC play. They are coming off a series split with Appalachian State. After defeating the Mountaineers 87-56 last Friday, they fell to App. State 70-58 on Saturday.

Friday and Saturday’s game will be the 18th and 19th meeting between the two schools.  Troy leads the series 15-2 and they have won 15 straight including seven in a row at home.

Friday’s game will begin at 6 p.m. The series will conclude on Saturday beginning at 4 p.m.