Patriots return to the diamond, hungry for success 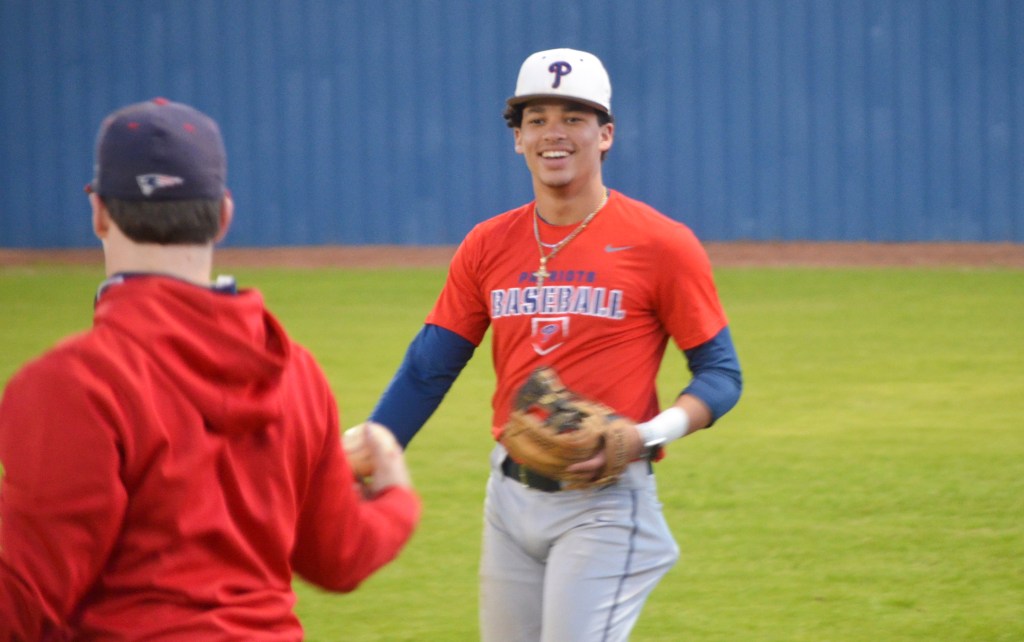 The Pike Liberal Arts baseball team began practice this week and although there are a few new faces, the hunger is still there to make a run at another state championship.

The Patriots are welcoming in a new head coach in former Pike Patriot Rush Hixon. Hixon takes over for former head coach Allen Ponder who became the head baseball coach at Pike Road.

Despite poor weather early in the week, the Patriots are glad to be back on the field.

“The rain slowed us down a little bit, but being back in a team setting feels really good,” Hixon said. “A lot of excitement from the guys who are finally to get back out there and from me to get started.”

The Patriots last played in a game on March 14, 2020. They were 14-1 on the season and looked as if they were on their way to playing for a third consecutive state championship. Instead, the season was suspended and later shut down due to COVID-19. Nearly a year later, the players are back at it.

“This team is as hungry as ever simply because last year got cut short,” Hixon said. “They feel like they got robbed of last year’s season. It’s a new found hunger that they have never had to experience because none of them have really had to miss an entire season like they did last year. In the preseason, in the weight room and now during the first few days of practice their hunger is at an all-time high. They are excited to play the game again.”

Although the players didn’t play an entire season last year, a lot of them still stayed sharp in the offseason playing summer baseball. Hixon, who was also the head baseball coach for the Post 70 American Legion baseball team, believes his team has shaken off whatever rust they had.

“They definitely had to get acclimated a little bit, but most of our guys played summer baseball,” Hixon said. “A lot of them played football and whoever didn’t play football went right into baseball stuff during the fall. We are not extremely behind on the physical side of it. They were able to stay active. But, they weren’t together as a full team until now. So getting acclimated to each other I would say is more of a challenge than it was for the physical side of things.”

Hixon has coached Post 70 for the last few summers. Although things are the same between the white lines coaching at Pike, Hixon has had to make adjustments to the changes off the field.

“When it comes down to actual games and the baseball things, there isn’t a lot that’s different,” Hixon said. “A lot more off the field things to worry about, but not in a bad way. Things like scheduling and being in school each day. Having guys playing multiple sports whereas the guys in the summer were there for just baseball. That is a challenge to combat, but it’s a challenge that I love, because I like guys playing multiple sports.”

Hixon got to know many of his players as an assistant coach on the football team this fall.

“I was able to see them in another sport and in a competitive arena,” Hixon said. “That means to me as much as anything. I watched guys and I saw some stuff on the football field that I knew carry over to baseball. The relationships built and being able to scout a little bit is going to help me during baseball season.”

With the success of the football team and strong start by the basketball team this season, there is a momentum growing at Pike and Hixon can already see it transferring over to basaeball.

“Winning gets contagious,” Hixon said. “Guys have success in one sport and they expect to be good during the next sport. It benefits everybody when each team is successful. It’s a very exciting time for all sports. I think every team is fielding a competitive roster that has a chance to compete for championships.”

The Patriots will open their season on February 14 when they compete in a tournament hosted by Edgewood.