Allen: ‘We don’t act this way’ 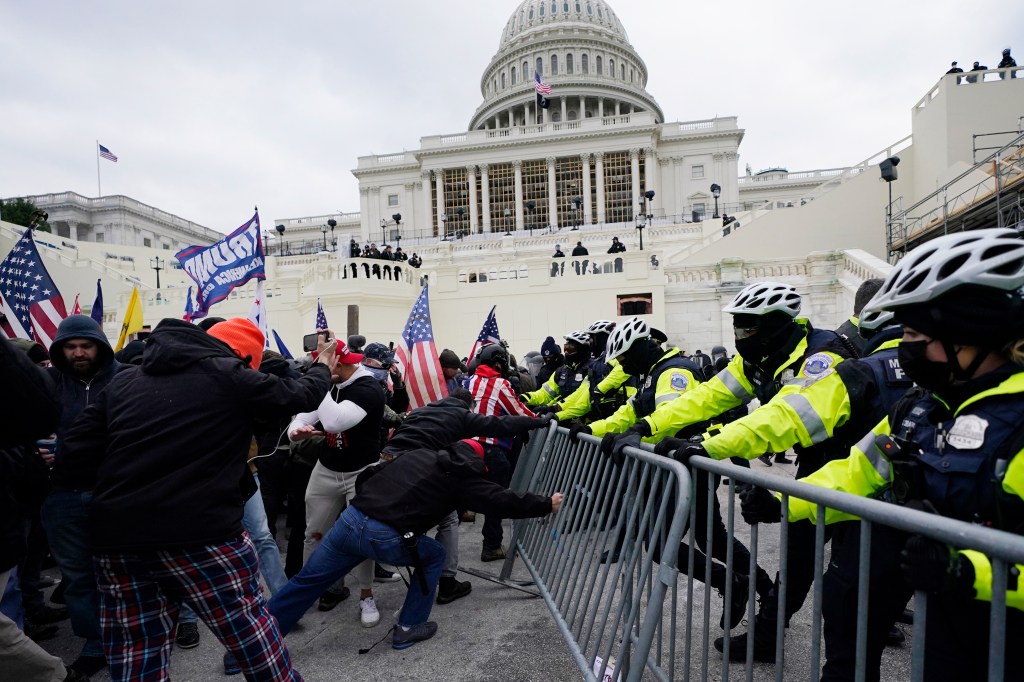 Trump supporters try to break through a police barrier, Wednesday, Jan. 6, 2021, at the Capitol in Washington. As Congress prepares to affirm President-elect Joe Biden's victory, thousands of people have gathered to show their support for President Donald Trump and his claims of election fraud. (AP Photo/Julio Cortez)

As protestors stormed the U.S. Capitol on Wednesday in support of President Donald Trump, Steven Taylor watched with a combination of awe and disbelief.

“We’re watching history happen, but not in a good way,” said Taylor, dean of the College of Arts and Sciences at Troy University and a professor of political science. “And I’m shocked, on a personal level … I think many of us expected something to happen today, but I never imagined we would have to shut down the Capitol and stop a constitutionally mandated vote.”

Taylor likened images of protestors on the floor of the Senate to images from the fall of Eastern European countries in the 1900s, “when the common people took over … except this was the opposite of that. (Today’s) behaviors are anti-democratic.”

“The president has played with fire, and this is the consequence,” Taylor said.

Alabama Rep. Wes Allen, R-Troy, has been a staunch supporter of President Trump, yet he joined with national Republican leaders who were quick to condemn the incident.

“The behavior in Washington DC is not acceptable and we do not act in this way,” Allen said. “We are a nation of laws. Our constitution guarantees our right to redress our government but not through violence. I encourage all of us to pray for our nation.”

Dr. Virginia Hamm, an active member of the Pike County Republican Women’s association, also expressed concern. “People are angry because they don’t feel like their voices have been heard,” she said. Certainly, this is not the right of way going about it.  We can’t excuse what is being done but when people are angry, they don’t always act with clear minds. We need to pray for our nation.”

Americans also need to consider the residual impact of the actions at the Capitol, Taylor said.

“When you think about the political implications, these visual are a gift to Bejing, a gift to Moscow, a gift to every autocratic regime around the world,” Taylor said.

“This is very damaging to our international standing.”