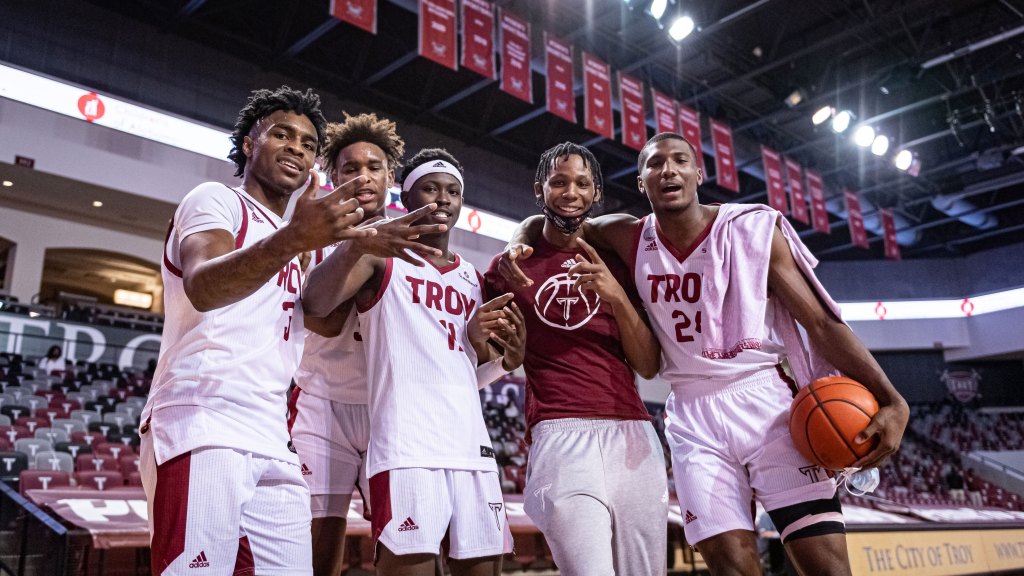 photo/troy athletics | The Messenger The Troy Trojans open up confernece play on Friday when they travel to take on Appalachian State.

The Trojans will ring in the new year in Boone, North Carolina where they will play Appalachian State on both Friday and Saturday.

The Trojans enter the opening series with a 5-4 record and they are winners of four out of their last five games. They knocked off Carver 88-35 on Monday.

Nine games into their season, the Trojans rank last in scoring offense, averaging 60 points per game, but their defense is holding opponents to 64 points per game, good enough for third best in the league behind only their next opponent Appalachian State (56) and Texas State 63.

Zay Williams is the only Trojan scoring in double figures this seson. He leads the way with just over 12 points per game. Kam Woods, Nick Stampley and Khalyl Waters are each averaging nine points.

The Mountaineers come into their conference opener with a 6-3 record. They are coming off a 67-53 loss in Auburn to the Tigers. They are 2-2 in their last four games.

Along with being on top of the SBC in scoring defense, the Mountaineers are third in the conference in scoring margin at +16.6 while scoring 73 points per game. They are holding opponents to a league best 37 percent shooting.

The Mountaineers have two players averaging double figures. Adrian Delph leads the way with 12 points per game and Donovan Gregory is right behind him at 11 points per game.

Friday’s game will begin at 5 p.m. and Saturday’s contest will start at 3 p.m. both games can be seen on ESPN+.