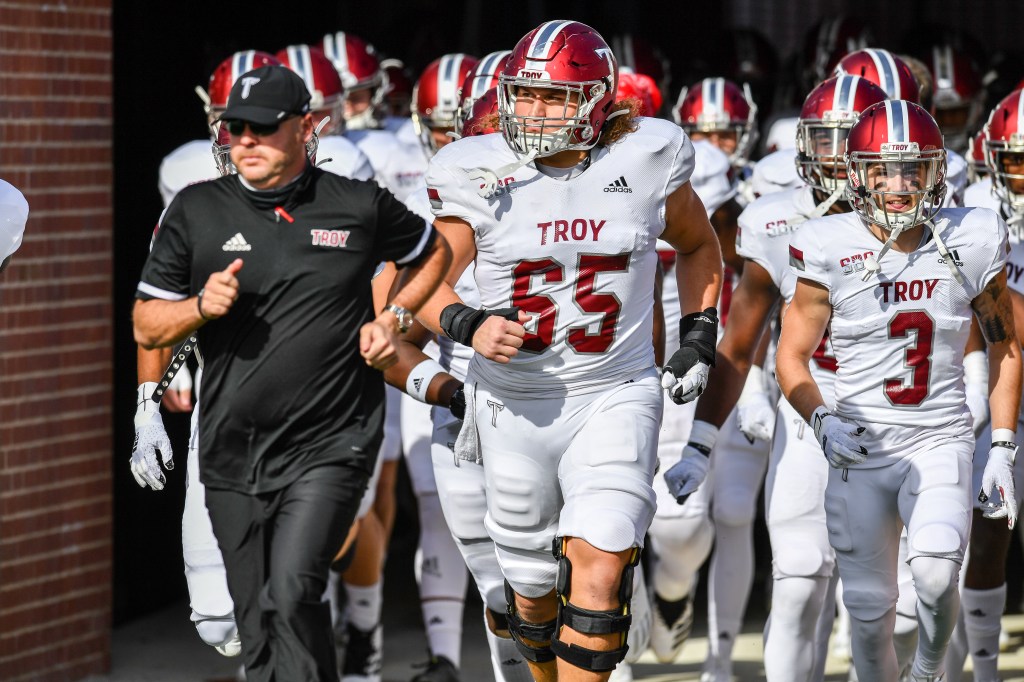 Troy Football beats South Alabama in the Battle for the Belt

Troy veteran offensive lineman Dylan Bradshaw announced on Twitter on Wednesday that he will back for a sixth season next fall.

Bradshaw, one of 16 seniors on Troy’s roster, will be taking advantage of an extra year of eligibility given to all student athletes by the NCAA in 2020.

“Five years ago, I made a decision to come to Troy with an idea of how immensely It would affect me,” Bradshaw said in a statement on Twitter. “Over the past five years, I’ve earned a degree, made lifelong relationships with teammates, and won many football games all while representing Troy on my chest. After careful consideration with my family, coaches and teammates, I still have many goals that I have yet to achieve and have been blessed with the opportunity to come back for a sixth year.

“While many guys get “burnt out” or tired of playing the game, my passion to play has only grown over the years. Troy, let’s get ready for one last ride and let’s finish this thing right!”

Dylan, who was a fifth-year player this season, has been a mainstay on Troy’s offensive line since his redshirt freshman season in 2017.

Bradshaw played all 805 snaps at center for the Trojans in 2020. Bradshaw gave up one sack all season long, while not allowing a hit on the quarterback. At the end of the season Bradshaw was named to the All-Sun Belt Conference Second Team.