Patriots head into Christmas on a winning streak 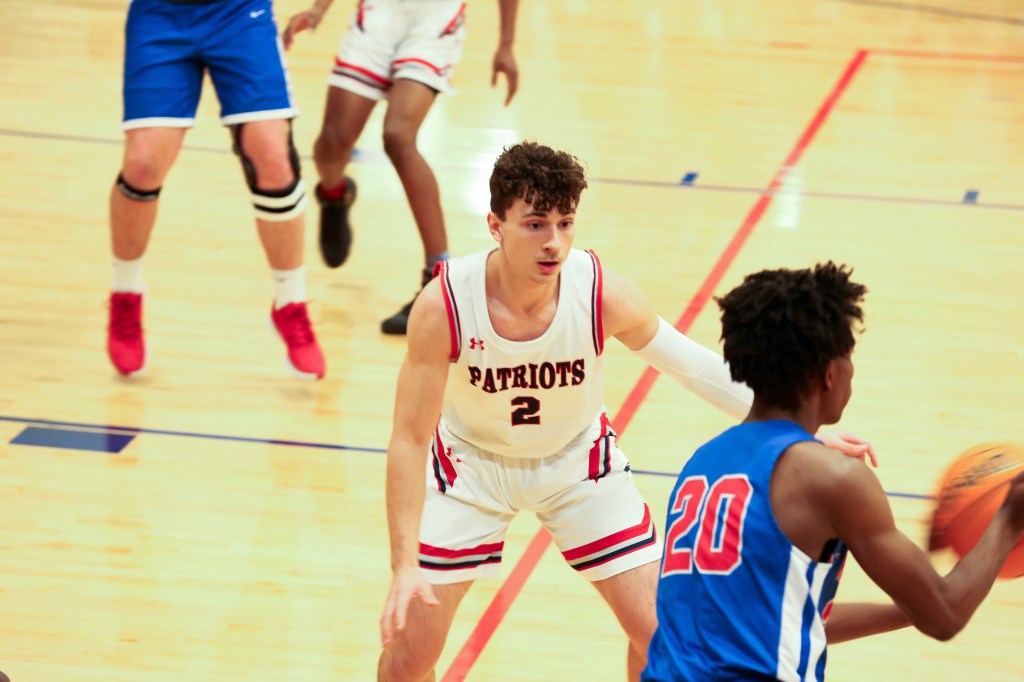 The Pike Liberal Arts Patriots knocked off the top ranked team in the state on Tuesday and rode into the Christmas holiday on an eight-game winning streak.

The Patriots entered their game against Glenwood with a 7-1 record. Their only loss came in their season opener against Macon-East just three days after many of the players were celebrating a state football championship.

The coaching staff knew the team was in for a battle against the Gators, but the team was ready for the test.

“It was a big statement win for us,” head coach Matt Brown said. “ Glenwood was ranked no. 1 in the initial rankings. As a coaching staff we used it as motivation. We knew we were going to have a hard game. We knew they were big and physical and we knew we were going into a dog fight and we stood up to it.”

During their eight-game winning streak, the Patriots have faced their fare share of challenges. Coach Brown believes the way his team responded to those challenges proves his team is capable of beating anybody.

“We’re fighters and we’re scrappers,” Brown said. “It doesn’t matter if we go down 12 or 15, we’re not going to hit the panic button and pack up and go home.”

Perhaps the greatest challenge came against Springwood last week, a game the Patriots won in overtime. Despite the win, Brown was not satisfied with the performance of the defense. After watching film, the defense had a much better performance against the Gators.

“Our defense was not where it needed to be,” Brown said. “We had practices the next few days and we worked a lot on defense. Tuesday was definitely a step in the right direction. When we show up to play, we’re going to be very tough to beat.”

The Patriots entered the season with 18 players on their roster and they have gotten production from many of those players.

“We went to Abbeville Christian with two starters injured and we had two others get into foul trouble early,” Brown said. “We were able to find some depth off the bench. We have guys like Avery Ernsberger, Tre Holmes and Bubba Dean, who may not get all the minutes, but they make the most out of all their minutes.”

The Patriots have received solid production all season long by Javon Christian, Drew Nelson and Jay Taylor. The three combined to score 53 of the team’s 77 points against Glenwood. Mario Davenport added 13.

“Javon is the leader of this team and always has been,” Brown said. “He is averaging about 17 points per game. Jay started out kind of slow. He had to transition into what we wanted him to be. He was more of a wing player and we needed around the rim more. If you took the first two games out he is probably averaging about 20 points per game. Drew is always our workhorse. He is going to get up and down the floor and play good defense.

“Mario Davenport is coming along nicely. Took him some time to adjust to our style of ball, but the last three or four games he has really poured it on.”

Jeff Knotts, according to Brown, plays a pivotal role for the Patriots.

“He has been a starter for about two years now,” Brown said. “He is averaging four points per game, but I think if you ask anybody they would say Jeff is the glue that holds the team together. He is probably one of the hardest workers we got.  Always brings a good attitude. He is always positive, he is always going to push through.”

Austin Cross and Payne Jeffcoat have also provided strong minutes for the Patriots this season.

The Patriots will have another test coming out of the Christmas break when they take on Tuscaloosa Academy on December 29. The Patriots fell to Tuscaloosa in the state championship game last season.

“It’s good motivation to play a team that ended our season,” Brown said. “Our whole motto this year has been take the last step. The last step last year would have been us beating TA and that didn’t happen. We are looking forward to seeing where we stand this year.”