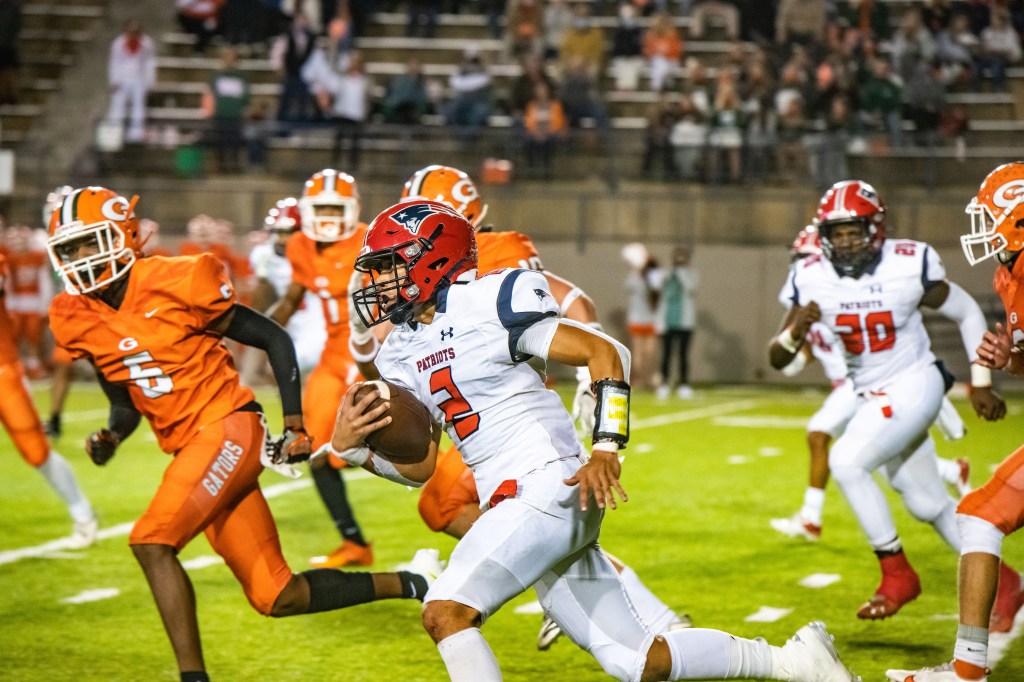 submitted photo/Jonah Enfinger | The Messenger Mayes White runs the football for the Patriots against Glenwood.

Coaches from around the state of Alabama nominated players for the team. The ASWA Prep Committee then voted on the players who were nominated.