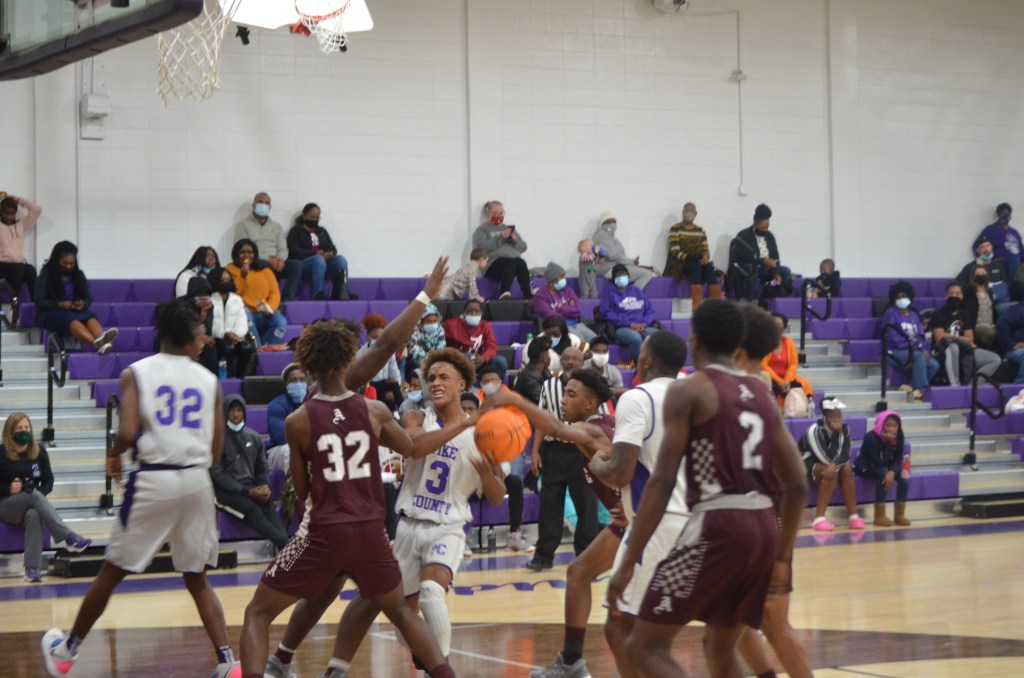 photo/Mike Hensley | The Messenger Ian Foster looks to drive the lane for PIke County against Abbeville on Thursday night.

The Pike County Bulldogs got their title defense off to a good start when they knocked off Abbeville 53-20 on Thursday night in Brundidge.

It was Pike County’s and Abbeville’s first game of the season. After a slow start, the Bulldogs offense picked up the pace and Pike County was able to roll to the 33-point win.

“I thought they played hard and they played together,” head coach Doug Holland said. “Everybody played well, but I expected them to.”

The Bulldogs jumped out to an 8-0 lead midway through the first quarter. Abbeville scored their first points of the game at the 4:00 mark of the opening quarter. After a brief 6-0 run by Abbeville, the Bulldogs went into the second holding a 12-6 lead.

Tied at 14 in the second quarter, the Bulldogs closed out the opening half on a 15-0 run and went into the break holding a comfortable 29-14 lead.

The Bulldogs outscored Abbeville 24-6 in the second half. All six of Abbeville’s points came in the third quarter.

The Bulldogs had two players score in double figures led by Ian Foster, who finished with 12 points. Omar Cumberbatch finished the game with 11.

One game into their season, the Bulldogs will take a lengthy break before playing their next game. They will return to action on January 5 when they take on Opp.

“It’s a long wait,” Holland said. “Hope we can keep everybody safe and healthy.”

The Pike County girls also saw action on Thursday night, and like the boys pulled out a comfortable win over Abbeville, 32-19.

Taniyah Green finished with 14 points, Kyah Rouse had 11 and Tajh Boyd had five.