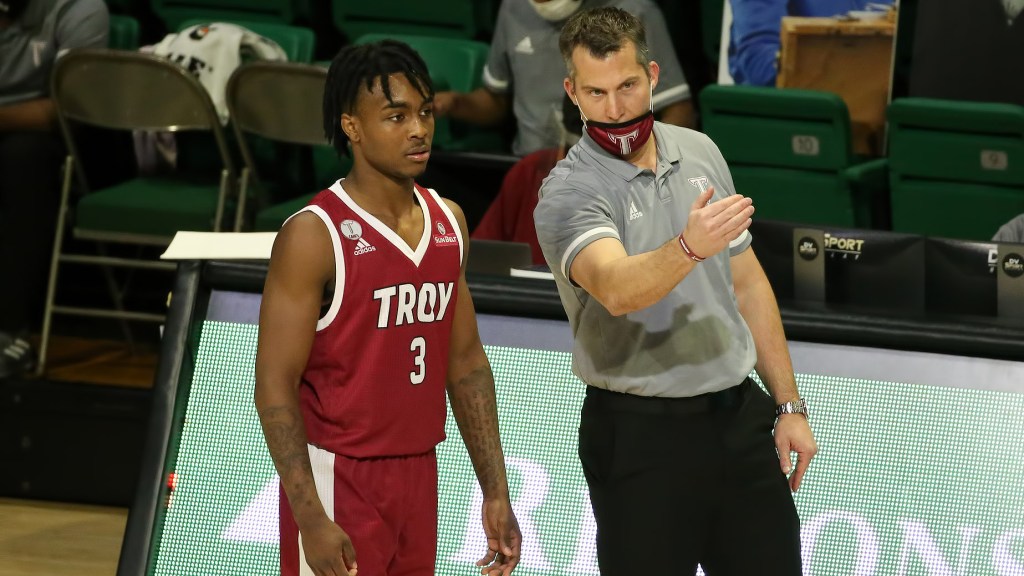 The Troy Trojans added a home game against Central Baptist College. The two squads will meet up on Sunday afternoon at Trojan Arena.

Sundays contest will serve as the home opener for the Trojans and take the place of their original season opener against Middle Georgia State, which was canceled due to the effects of COVID-19 within the Central Georgia program.

The Trojans (2-3) will ride into Sunday’s contest coming off a narrow win over in-state foe North Alabama on Thursday. The win for the Trojans snapped a three game losing streak. It was Troy’s first win since they knocked off Western Carolina in the opening game of the Mako Medical Classic in North Carolina.

Khalyl Waters finished with 20 points to lead the Trojans on Thursday. He was one of three players to finish in double figures. Zay Williams finished with 13 points and freshman Kam Woods had 10.

The Mustangs went into Friday night’s game against Arkansas State 4-2 on the season and winner’s of four straight games.

The game will begin at 2 p.m. and can be seen on ESPN+ The Trojans are scheduled to take on Samford on Wednesday at Trojan Arena before traveling to take on Auburn on Saturday.