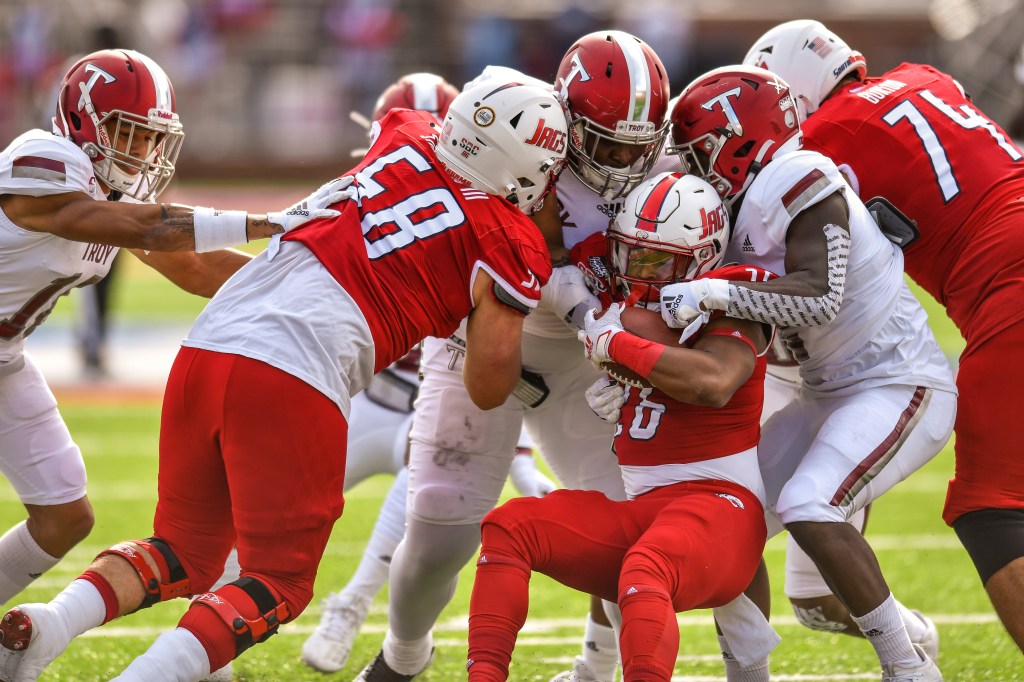 A potential bowl appearance will be on the line on Saturday when the Troy Trojans host Coastal Carolina at Veterans Memorial Stadium.

The Trojans are in need of two wins in their final two games of the season and they hope to pick up the first one against a Chanticleer team who continues to climb in the rankings.

The Chanticleers enter Saturday ranked 11th in the AP Poll and 13th in the College Football Playoff Poll.

“It’s been a long season,” head coach Chip Lindsey said. “We’ve been going since Aug. 1 and it’s not your typical season with everything that’s going on with cancelations and what not. It’s been a roller coaster year but our guys have handled it well. The opportunity to play two games at home and qualify for a bowl game is really exciting for our guys.”

The Chanticleers are coming off a thrilling win over BYU last Saturday evening. They are a perfect 11-0 on the season and have already secured a spot in the upcoming Sun Belt Conference Championship game.

“This week is a great opportunity to play one of the best teams in the country at home in Coastal Carolina. Jamey Chadwell does a great job and in year three you can really see the difference. They’ve gone from winning three games his first year to being undefeated this year. You can see them growing up. Overall, this is a really good football team and a very well coached team. It’s a great opportunity for our team and we’re looking forward to get a chance to play them here at home.”
The Trojan defense shut out South Alabama last Saturday, giving them their first shutout since 2008 against Alcorn State. The Trojans will be going up against a Chanticleer offense that will feature many looks and weapons. The Chanticleers scored 22 points and had 336 yards of offense in their win over BYU. CCU ranks first in the Sun Belt Conference in scoring offense at 37 points per game. Their 227 rushing yards per game is third best in the league behind Georgia Southern and Appalachian State.

“They’re a very multiple offense that does a lot of great things,” Lindsey said. “They run a play of the option but more out of the shotgun than under center. Their quarterback Grayson McCall has played outstanding for them. He doesn’t turn the ball over much and can really run and throw. CJ Marable is another important player that we’re really familiar with. We thought he was a really good player for them last year who has improved further this year. Their wide receiver corps is really impressive and under noticed. They do a great job of getting open and making plays.”

The Trojan offense got back on track a bit last Saturday against South Alabama. Quarterback Gunnar Watson threw for nearly 300 yards and had three touchdowns. The offense totaled over 400 yards. They will be going up a CCU squad that ranks first in scoring defense, allowing 16.8 points per game and second in total defense.

“They’re very impressive on defense and it starts with their defensive front,” Lindsey said. “Their four guys up front really dominate the line of scrimmage. They play extremely hard and they have two really good linebackers as well. And then their secondary is much improved from last year.”

This will be the fourth all-time meeting between the two schools. The Trojans fell to the Chanticleers 36-35 last year, but one the first two games of the series.

Kickoff is scheduled for 2 p.m. 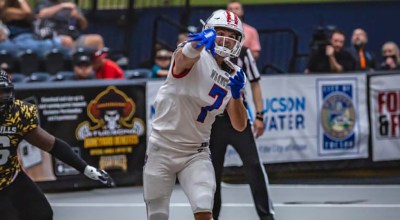 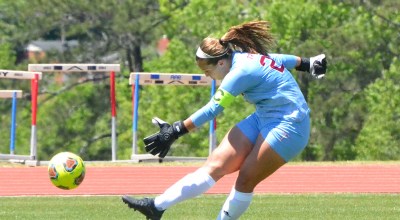