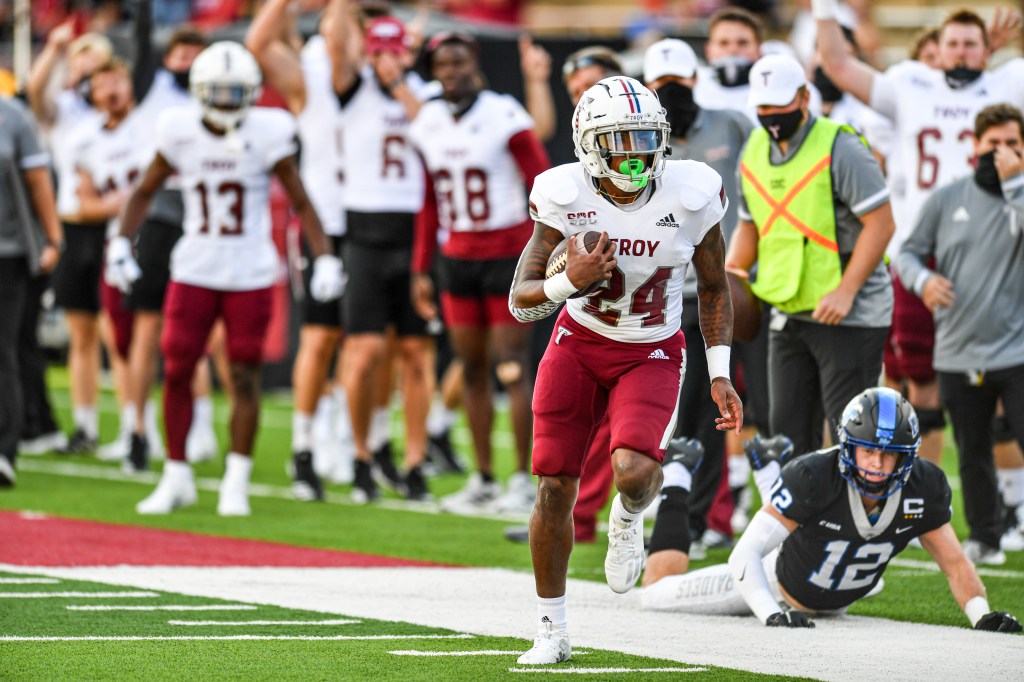 The Troy Trojans enter Saturday’s contest against the nationally ranked Coastal Carolina Chanticleers in need of a win.

With just two games remaining, the Trojans are need of two wins to secure a bowl bid for the first time since 2018.

“There is no NCAA minimum win total required to qualify for a bowl this season due to the various lengths of schedules for teams and conferences across the nation,” the email said. “The common denominator for all the programs comes down to conference records in order to determine slots assigned by each conference›s bowl tie-ins. Before the season started, the Sun Belt Conference determined all bowl selections would be based solely on conference records.”

“In order to guarantee a spot in a bowl game, Troy would need to win both of our final two games against Coastal Carolina and ULM,” the email said. “This would give Troy five (5) conference wins and a 4th place finish in the Sun Belt Conference. Anything less than this would result in Troy not receiving a Sun Belt Conference bowl berth and most likely not receiving a bowl invitation this year.”

Both of the Trojans’ final two games will be played at home at Veterans Memorial Stadium. After hosting the Chanticleers on Saturday, the Trojans will host Louisiana Monroe on Thursday night in the season finale.

“In a year where everything is crazy and the schedule has changed multiple times, there’s nothing better than having two home games at The Vet to finish our season,” Troy head coach Chip Lindsey said. “It’s been a roller coaster year but our guys have handled it well. The opportunity to play two games at home and qualify for a bowl game is really exciting for our guys.”