Mayor on COVID surge: ‘It’s been a tough time’ 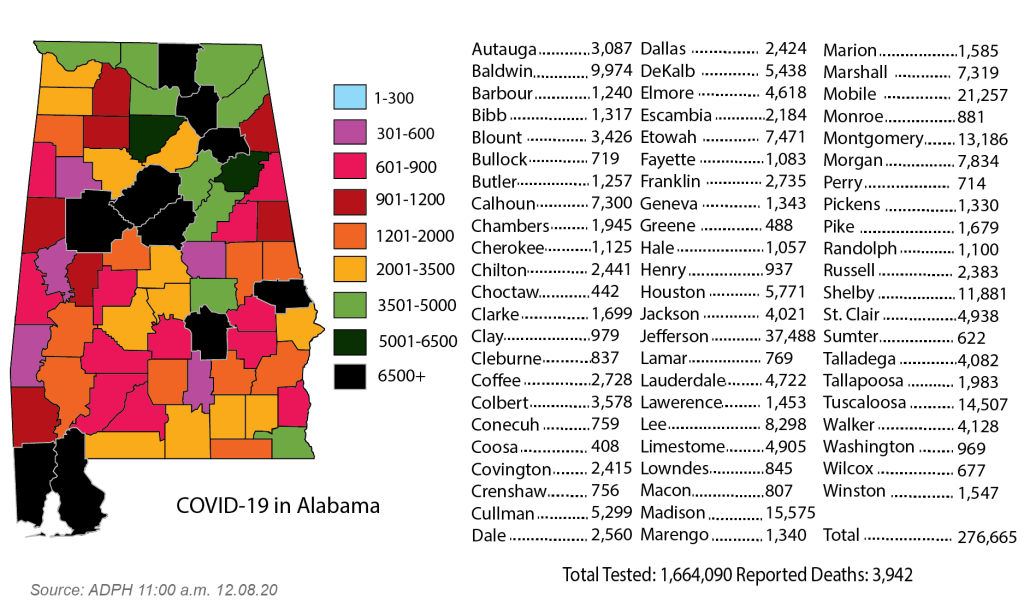 “It’s been a tough time,” Troy Mayor Jason Reeves said during the council meeting. “I know there are a lot of people sick, and a lot of people hurting … and we certainly send our sympathies.”

COVID-19 cases continue to surge across the state and locally. On Tuesday, the Alabama Department of Public Health added 4,436 new cases, with about 1,500 of those backlogged results from tests dating back to Nov. 30.

Hospitalizations remained at a record level in the state, with 2,079 people hospitalized. Pike Count yadded 11 new cases, as its death total climbed to 15.

“We’ve been talking about COVID for 10 months now, talking about being careful and remaining safe,” Reeves said. “And we need to keep doing that.”

State health officials continued to warn that the increase in cases is putting a strain on available hospital resources.

“My real concern is I still don’t see anything to break the spread between now and getting through Christmas. That’s my real concern, and frankly I’m increasingly frustrated about why it is so difficult for individuals to be willing to wear masks,” Williamson said. “The election’s over. It should no longer be political. People are dying, and we can do better than this.”

Even though COVID-19 causes only mild or moderate symptoms in most people, it can still be deadly for the elderly and for those with other existing health problems.

Another concern is staffing availability as some facilities have as many as 100 staff members out with COVID-19, and some hospitals are also competing with other states for traveling nurses.

On December 11, the statewide order requiring facemasks in public locations will expire, but medical officials are encouraging Governor Kay Ivey to extend the mandate for additional weeks as she has done in the past.