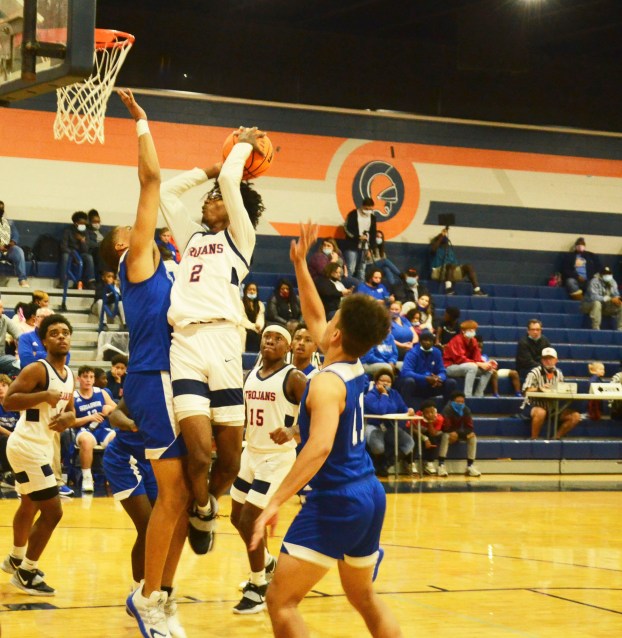 photo/Mike HEnsley | The Messenger Cody Youngblood goes up for a shot for Charles Henderson against Highland Home on Friday night in Troy.

The Charles Henderson Trojans knocked off the Highland Home Flying Squadron 65-27 on Friday night in Troy.

The win for the Trojans improves their record on the season to 7-2.

The Trojans outscored the Squadron 18-2 in the opening quarter. Cari Burney made two 3-pointers, while While Cody Youngblood and Akeives Shorts each had four points and the Trojans went into the second quarter with a 16-point lead.

The Trojans had two more 3-pointers in the second quarter and went into halftime leading comfortably 37-15. Shorts finished the half with seven points.

The Trojans outscored the Squadron 28-12 in the second half to secure the win. Zach Henderson and Shorts each scored six second half points, while Burney added five.

Shorts was one of four Trojans to score in double figures. He led the way with 13 points, Henderson and Burney added 11 and Youngblood had 10. Kamerion Ousley had six points, MJ Horne had four and Jywon Boyd had three.

The Trojans finished the game with eight made 3-pointers.

Trojans will be back in action next Thursday when they take on Mongomery Catholic.