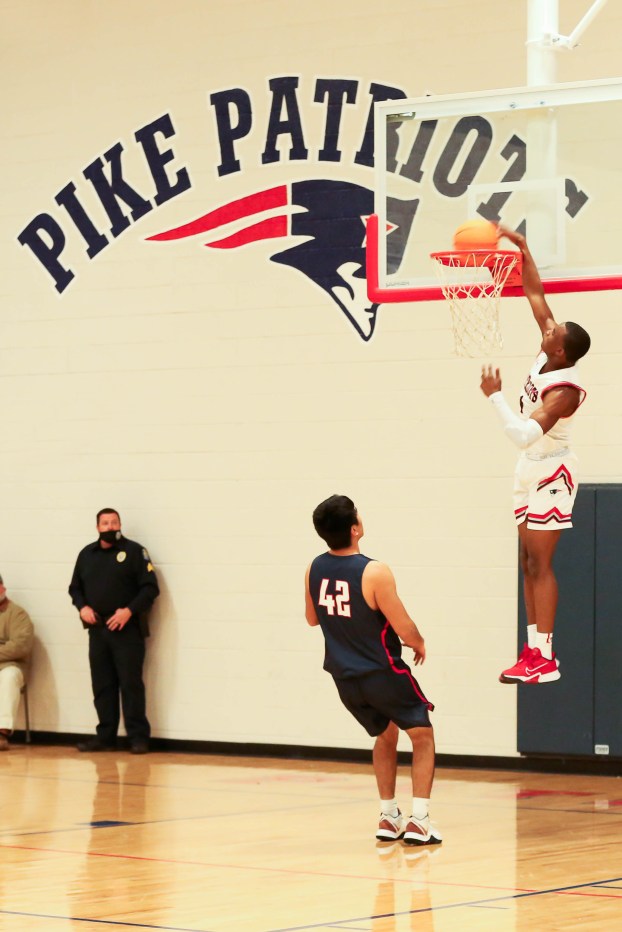 submitted photo/candace nelson | The Messenger Patriot senior Jay Taylor goes up for a dunk against Lee Scott on Tuesday night.

The win for the varsity boys improves their record on the season to 2-1. They now have won two consecutive games. They defeated the Wiregrass Kings on Monday evening in Dothan.

The Patriots played all their players on Tuesday night. Nine different Patriots scored led by Jay Taylor, who totaled 20 points 15 of which came in the opening half. He was one of three players to score in double figures. Drew Nelson and Javon Christian each finished with 11 points. Austin Cross and Mario Davenport each finished with eight points. Elijah Caldwell, Bubba Dean and Gavin Williams each had two points.

The Patriot girls fell for the first time on Tuesday afternoon and fall to 2-1 on the season.

The Patriots will be back in action on Monday evening when they host Macon-East Academy.

Whites enjoying their time together at Pike

By Dylan Hurst First-year head coach Mario White and his son, Mayes, couldn’t have asked for a better season than... read more