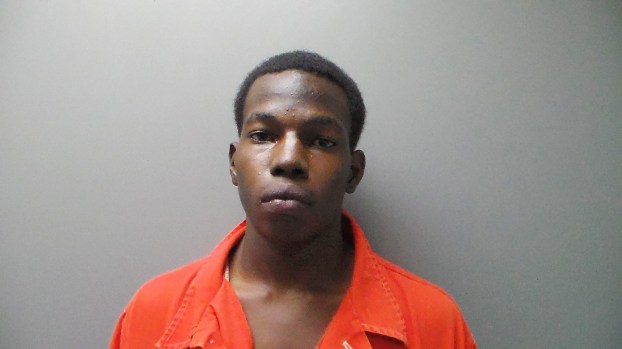 An 18-year-old is facing charges of rape and robbery after police say he forced his way into a residence and assaulted a victim at gunpoint early Friday.

Police say Tevin Rashad Darby of Troy assaulted the victim at an apartment in the 900 block of Academy Street around 4 a.m. Friday.

“ (We) received a 911 call … in reference to a person inside a residence with a gun,” Lt. Bryan Weed said. “While walking up to the residence, (officers) observed a male subject attempting to leave the area.”

When officers tried to make contact, the suspect fled on foot before being captured by officers.

Weed said a roommate had placed the 911 call.

The victim told officers that Darby had forced his way into the residence, where he sexually assaulted the victim and took property that belonged to her, Weed said. “These crimes were committed while armed with a pistol,” he said.

Officers recovered a pistol and the stolen property during the foot pursuit, Weed said.

Weed said the incident can serve as a reminder to residents to always be cautious and aware of their surroundings.

“We just encourage everyone to be mindful of their surroundings at all times,” Weed said. “We’re all guilty of looking at our phones, not paying attention … but we need to look at people and look at them in the face, be aware of what’s around you.”