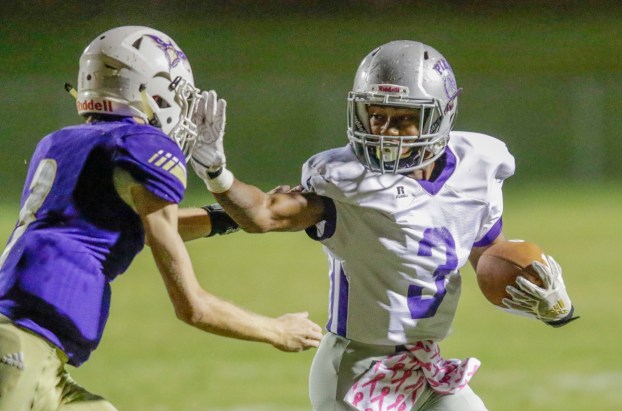 The Pike County Bulldogs are heading to the second round of the Class 3A State Playoffs for the first time since the 2018 season.

The Bulldogs will matchup with the undefeated Montgomery Academy Eagles inside Bulldogs Stadium on Friday night in Brundidge.

“It’s a big accomplishment for our players, coaches, fans and the community,” head coach Fred Holland said. “We have done a lot this year to get here. We are still standing, but we face a huge contest Friday night, but it’s been rewarding getting here.”

“We faced a lot of adversity in the game,” Holland said. “In playoff games everybody wants to win and that means teams won’t go away. We withstood many of their blows and we came back and made plays. We moved a lot of guys around. I was proud to see so many guys stepping up for the challenge of moving positions. I was proud of them. It was a true testament of how hard the guys work and how they work together in tough situations.”

The win for the Bulldogs gave them their fourth consecutive win dating back to the regular season.

The Eagles are coming off a 24-9 win over Providence Christian in the opening round of the playoffs. On the season, the Eagles are outscoring their opponents 290-104. Their offense is averaging 26 points per game, while their defense is holding opponents to just nine points. They have held their last three opponents to single digits.

“They do a good job of taking care of the ball,” Holland said. “They are going to have a ball control offense. They have extremely tough guys up front that they run behind. They have two or three guys that run the ball. They have a quarterback that does a good job at commanding the offense. He makes good decisions.”

The Patriot offense is averaging nearly 32 points per game this season on the back of a strong running attack.

“Our guys up front our committed,” Holland said. “We are definitely a running team. We preach to the guys about being committed to it. We take a lot of pride in it. The offensive line never gets a lot of praise but they do a good job of getting after people. It’s not just the offensive line, the receivers do a good job of getting after guys. It’s a total team effort.”

Unofficially, the Bulldogs and Eagles have met eight times, with the Eagles winning six. The Eagles won the previous game 31-7 in 2017.