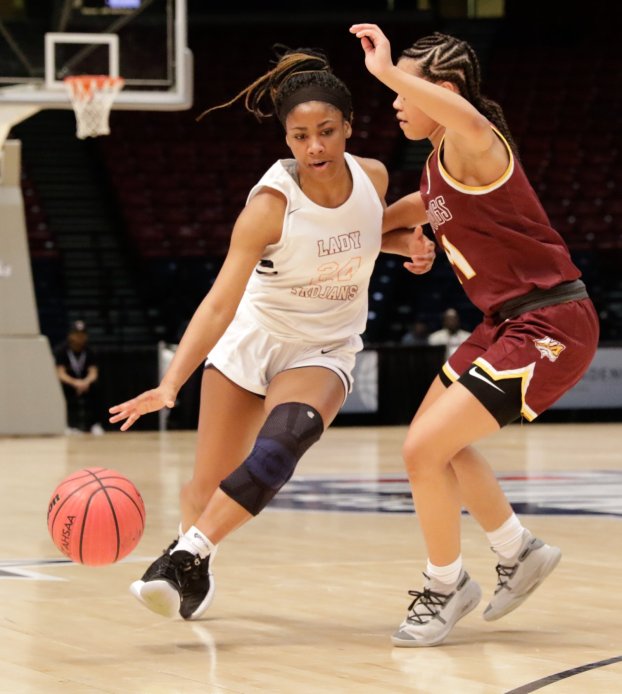 It’s been anything but a quiet eight months for the Charles Henderson Lady Trojans since they hoisted their second state championship trophy in Birmingham. In the midst of COVID-19, the Lady Trojans will kickoff their title defense Friday night against Carroll in Ozark.

The Trojans were last in action when they held off Madison Academy to advance to the Class 5A State championship in Birmingham. With a new-look roster, the Lady Trojans are ready to get started this Friday night.

The Trojans normally will play a handful of games throughout the summer, but those games got wiped out do to the threat of the virus.

“It’s understandable,” Elder said. “It wasn’t just Charles Henderson not able to participate this summer, it was state wide. Because of COVID, it was very understandable.”

Not only did the Trojans win their second state championship last season, they finished the season undefeated for the first time.

The Trojans will be bringing back a team with no seniors after they said goodbye to three quality seniors after last season in Niaira Jones, Samira Moore and Mykyia Milton. Jones will be playing this season at Belmont, while Moore will be in town playing for the Troy Trojans.

“We’re going to have to see how everybody adjusts to certain things,” Elder said. “We don’t have Samira, Tuti or Mykyia anymore; two bigs and a guard. We go through this every year, we just have to adjust.”

With a new-look starting lineup, Elder hopes to get up and down the floor this season.

“Hopefully we will be a run and gun team,” Elder said. “There will be different options depending on the defenses we will be playing.”

The Trojans will be part of an area that will also incldue Greenville and Andalusia.

“I’m not sure what they are going to bring or offer, but our motto is concentrate on one game at a time,” Elder said. “We will be able to play a few games before we get to those games so we will be able to see where we are.”

Although the roster will look different this season, coach Elder expects her players to have the same mindset as last season.

The Pike County Cattlemen’s 2020 Equipment Auction on Saturday came up a little short of what might have been but,... read more